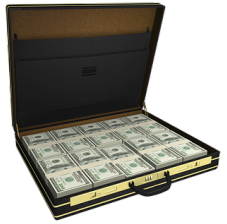 The new rules should require a $5,000 limit on contributions, a prohibition on donations from those with business pending before the government official, and a requirement for transparency of the sources of funds and expenditures, Public Citizen recommends. It also suggests that OGE requires that each official be able to create only one legal expense fund to ensure accountability.

“Previously these funds were set up so rarely, and voluntarily disclosed their finances, that the OGE felt tougher regulations were unnecessary,” Holman said. “But in the Trump administration these slush funds are popping up everywhere, and each one plays by its own rules of how much money they take from which sources and whether to disclose any of this to the public.”

In 2017, Public Citizen filed a petition for rulemaking on legal expense funds for the executive branch with the OGE. The agency is currently working on rulemaking for the slush funds.

“Government officials facing costly legal expenses are particularly desperate for donations from others to cover those expenses,” said Lisa Gilbert, vice president of legislative affairs for Public Citizen. “This desperation provides a perfect window for special interests with business pending before that official to buy favors through large donations to pay for legal expenses.”

Members of Congress have had legal expense funds for decades, and the House and Senate have developed strict rules establishing contribution limits, banning donations from potentially corrupting sources such as lobbyists and foreign governments and corporations, and requiring quarterly disclosure of contributions and expenditures. Public Citizen urges the OGE to do the same for the executive branch, Holman said.