Home About Newsletter Categories Donate
New rule that allows nursing homes to force residents into arbitration puts seniors at risk
Latest scam: Medicare will give you a free DNA test kit in exchange for your personal information 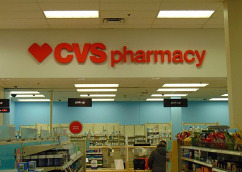 CVS-Aetna lawyers, consumer advocates, and health care organizations gathered Thursday in Washington, D.C., for oral arguments on whether the Department of Justice’s proposed final judgment in the CVS-Aetna merger is in the public interest.

“CVS is claiming the merger will simultaneously boost profits to investors and help save consumers money,” said Adam Garber, consumer watchdog for U.S. PIRG. “But without an impartial party holding the combined company accountable, it is more likely than not that instead prices will go up, to the detriment of patients.

The real impacts of the merger’s so-called “benefits” can already be seen in places such as Ohio, Garber said.

“In that state, CVS Caremark increased the price of specialty drugs by 1700 percent, despite the price dropping on average nationally,” he said. “The combined CVS-Aetna behemoth could deliver the same painful results to millions more Americans.”

A merger that empties Americans’ wallets and endangers Americans’ health isn’t in the public interest, Garber said, adding “We hope that Judge Leon agrees and rejects the proposed settlement.”

Last year, the U.S. Justice Department approved a $69 billion merger in which health insurer Aetna and CVS, owner of drug stores and pharmacy benefits manager or PBM services, would consolidate their operations into a merger.

Consumer and patient advocacy groups, including Consumer Action and U.S. PIRG, opposed the merger. They said problems arise when companies, such as CVS, become a “one-stop healthcare shop” – the prescriber, insurer, and pharmacist – able to raise prices unchecked and make decisions about which medications will be prescribed and filled, regardless of doctors’ wishes and patients’ needs, said Consumer Action.

The judge hearing the case has said that CVS would gain so many new healthcare clients through its merger with Aetna that it would have an unfair advantage with drug manufacturers, who would favor CVS pharmacy benefit managers over those operating on behalf of smaller pharmacies.

PBMs work as middlemen in the prescription drug supply chain. They negotiate the price consumers will pay for each medication with drug manufacturers. However, they’re compensated more for creating higher list prices. They also determine what drugs patients are permitted to purchase and how many times patients can fill the prescriptions.

In addition, patients’ primary care physicians also are at risk of getting squeezed out of the marketplace, as CVS will be able to steer patients covered by Aetna to its own rapidly expanding MinuteClinics/HealthHUBs, according to Consumer Action.

Little evidence exists that past vertical acquisitions by CVS have resulted in benefits to consumers, and substantial evidence that they’ve resulted in harm. In 2007, CVS acquired the pharmacy benefits manager Caremark Rx, and used its new power to exclude competition, reduce patients’ access to vital medications and care from their pharmacists of choice, and drive up drug prices, said Consumer Action.

The judge, who has indicated in court that he was skeptical that the deal will help patients, set the July 17 hearing.