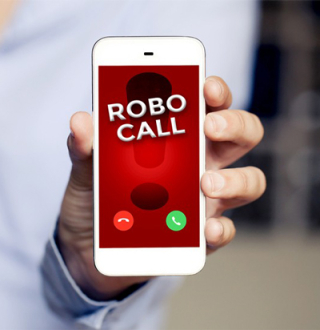 Fifty-one attorneys general announced an agreement Thursday with 12 telecommunications providers on a set of principles intended to limit and prevent robocalls. The providers have agreed to incorporate these principles into their business practices.

This agreement comes from the work of a group of attorneys general who in 2018 formed the Robocall Technologies Working Group.

The group collaborated with telecommunication providers to make it more difficult for scammers to use robocall technologies to intrude on and defraud consumers.

All 50 states and the District of Columbia have joined this agreement with the following telecommunication companies: AT&T, Bandwidth, CenturyLink, Charter, Comcast, Consolidated, Frontier, Sprint, T-Mobile, U.S. Cellular, Verizon, and Windstream.

“We applaud the efforts of these telecommunications companies to stop unwanted robocalls,” said California Attorney General Xavier Becerra. “Robocalls initiated from fake numbers are more than just a nuisance – they’re illegal. Today’s announcement is a useful step toward eliminating these types of calls, which far too often lead to identify theft and financial loss.”

Consumers must continue to be vigilant, Becerra said. “However, today’s commitment by our industry partners is a step in the right direction to provide every landline and wireless customer with access to free and effective call-blocking tools.”

Consumer fraud often originates with a robocall. Robocalls and telemarketing calls are currently the No. 1 source of consumer complaints to the Federal Communications Commission and the Federal Trade Commission.

During 2018, according to the FTC, consumers reported a loss of $429 million as a result of phone-based frauds.

The adopted principles commit the providers to: