Home About Newsletter Categories Donate
How to reduce the amount of plastic you eat
iBuying costs sellers more, study shows 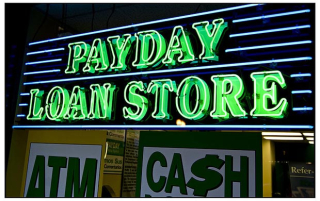 Consumer groups urged the Consumer Financial Protection Bureau or CFPB in a letter sent Monday to take action to carry out the payment requirements in its payday lending rule, whose compliance date was Aug. 19.

These requirements restrict payday and vehicle-title lenders from attempting to withdraw money from borrowers’ bank accounts after two attempts have failed. The safeguards would help consumers avoid fees for unsuccessful debit attempts and possible account closures.

The CFPB is refusing to take steps to carry out the requirements and protect consumers, according to the consumer groups.

The letter was sent by Public Citizen, Americans for Financial Reform Education Fund, the Center for Responsible Lending, and the National Consumer Law Center.

“The repeat hits to accounts cause borrowers to shoulder multiple non-sufficient funds, overdraft, or other fees, lead to checking account closures, and painfully hamper borrowers’ ability to manage their finances,” the groups stated in the letter. “These harms are especially acute in a market plagued by lenders making loans to borrowers who cannot afford to repay them. Such unaffordable loans would be perpetuated by the CFPB’s pending proposal to rescind other aspects of the Rule.”

Under the current director, Kathleen Kraninger, the CFPB proposed rescinding the rule’s requirement that payday and vehicle-title lenders determine borrowers’ ability to repay their loans.

In June, it issued a rule delaying the compliance date for those ability-to-repay protections. Now, it doesn’t want the rule’s payment protections to be put in place either.

Last fall, at the request of the CFPB and industry groups challenging the payday lending rule, the U.S. District Court for the Western District of Texas stopped the legal process asking for the rule’s Aug. 19 compliance date to be honored.

The letter calls on the CFPB to request that the court lift the stay of the compliance date for rule’s payment requirements and to support the timely carrying out of this consumer protection.