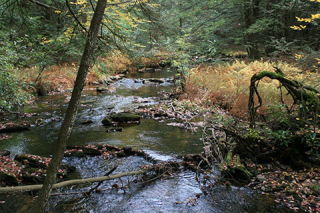 On Thursday, the Trump administration finalized its plan to repeal the Waters of the U.S. rule or WOTUS – an Obama-era rule that prohibits the dumping of industrial and agricultural pollution into sensitive waterways that provide tap water for more than 117 million Americans.

The repeal of the rule will remove protections for many small streams and wetlands, which were put in place in 2015. The rule determines which streams, rivers, and lakes are protected from pollution by the federal Clean Water Act and extends protection for millions of acres of wetlands that filter drinking water.

Small streams are where big rivers start, and the best science confirms that dirty streams lead to even dirtier rivers, said Craig Cox, senior vice president for agriculture and natural resources for the Environmental Working Group. Millions of Americans drink water directly connected to 234,000 miles of small streams that will now be unprotected as a result of the repeal.

In 30 states, small streams provide some of the drinking water for 1 million or more people. A 2017 analysis by EWG showed more than 40 million of those people live in New York, Texas, Pennsylvania, Ohio, and California.

“Much of the nation’s drinking water sources, already threatened by pollution from industry and agribusiness, will now be left unprotected as a result of this action,” said Cox.

The decision to announce the repeal of the water rule from the headquarters of an industry lobby group that represents many of the nation’s worst polluters says it all, said Cox.

“Under President Trump, the EPA is no longer in the business of safeguarding our resources and protecting us from pollution, but is openly working to advance the agenda of those who profit from fouling our water and threatening our health,” he said.

“By throwing out the Clean Water Rule, Andrew Wheeler is acting like the former coal lobbyist that he is, putting the drinking water for one in every three Americans at risk just so he can placate corporate polluters who don’t want to be held accountable,” said Dalal Aboulhosn, the Sierra Club’s deputy legislative director for land and water.

Aboulhosn said the Sierra Club will fight Wheeler’s rollback to not only protect communities from dangerous water pollution, but also to restore order and common sense as to how Americans go about protecting its water in the future.