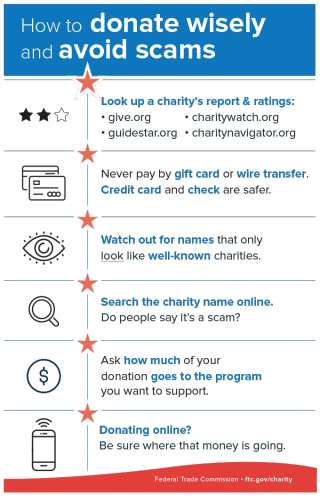 “It’s unfortunate that far too often, scammers take advantage of the generosity of others in order to line their own pockets,” said New York Attorney General Letitia James. “I am proud to serve a state whose residents always give generously to charities, and I support ICFAW in its efforts to protect generous donors throughout the globe and the charities they support. I urge donors, wherever they are, to take advantage of resources available to them so they may give wisely.”

Some actions that donors can take to avoid fraud are:

ICFAW was organized by the Charities Commission for England and Wales.