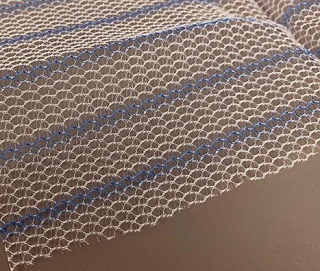 Johnson & Johnson and its subsidiary Ethicon Inc. have agreed to pay nearly $117 million for the deceptive marketing of transvaginal surgical mesh devices that have endangered the health of women.

An investigation by 42 attorneys general found the companies violated state consumer protection laws by misrepresenting the safety and effectiveness of the mesh and failing to disclose the risks of their use.

“Health and safety must come before profits,” New York Attorney General Letitia James said. “While Johnson & Johnson and its subsidiary were putting income before the health of people in need of care, women were put in danger.”

Transvaginal surgical mesh is a synthetic material that is surgically implanted through the vagina to support the pelvic organs of women who suffer from stress urinary incontinence or pelvic organ prolapse.

The investigation found the companies didn’t disclose the products’ possible side effects, including the risk of chronic pain and inflammation, the mesh protruding from the opening of the vagina, incontinence developing after surgery, painful sexual relations, and vaginal scarring. Evidence shows that Johnson & Johnson and its subsidiary were aware of the possibility for serious medical complications but didn’t provide sufficient warnings to consumers or surgeons who implanted the devices, according to the investigation.

Under the settlement, Johnson & Johnson has agreed to pay $116.86 million to 41 states and the District of Columbia.

The settlement also requires disclosure of the device’s risks and accurate information on promotional material, in addition to the product’s “information for use” package inserts. The companies are required to:

On April 16, the U.S. Food and Drug Administration banned the sale of pelvic mesh to treat organ prolapse. Johnson & Johnson stopped selling pelvic mesh to treat it in 2012, but the company and other manufacturers continue to sell similar products to treat urinary incontinence in women.