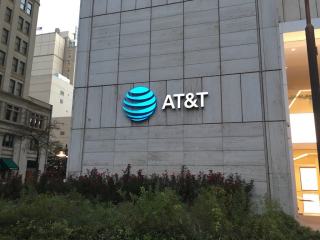 AT&T will pay $60 million to settle a Federal Trade Commission lawsuit over allegations that the wireless provider misled millions of its smartphone customers by charging them for “unlimited” data plans while reducing their data speeds.

In a lawsuit filed in 2014, the FTC alleged that AT&T failed to tell its unlimited data plan customers that, if they reach a certain amount of data use in a billing cycle, AT&T would reduce – or “throttle” – their data speeds. As a result, many mobile phone applications, such as web browsing and video streaming, became difficult or nearly impossible to use.

“AT&T promised unlimited data – without qualification – and failed to deliver on that promise,” said Andrew Smith, director of the FTC’s Bureau of Consumer Protection. “While it seems obvious, it bears repeating that Internet providers must tell people about any restrictions on the speed or amount of data promised.”

The FTC alleged that, despite AT&T’s promises of unlimited data, it began throttling data speeds in 2011 for its unlimited data plan customers after they used as little as 2 gigabytes of data in a billing period. AT&T’s alleged practices affected more than 3.5 million customers as of October 2014, according to the FTC lawsuit.

As part of the settlement, AT&T can’t make any representation about the speed or amount of its mobile data without telling consumers. The disclosures need to be prominent, not buried in fine print or hidden behind hyperlinks.

The $60 million paid by AT&T as part of the settlement will be deposited in a fund that the company will use to provide partial refunds to current and former customers who had signed up for unlimited plans before 2011 but were throttled by AT&T. Affected consumers won’t be required to submit a claim for the refunds. Current AT&T customers will automatically receive a credit to their bills while former customers will receive checks for the refund amount.

I will share this after best weekend trips from seattle.