It’s Black Friday: Are you ready? 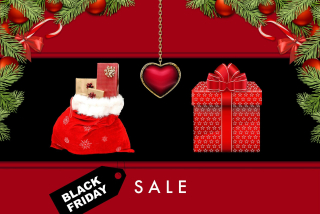 It’s estimated that 116 million people will be shopping on Black Friday, either in stores or online.

It’s the biggest shopping day of the year, and it can be a good day to find bargains if you’ve compared prices and done research on which stores are offering the best deals.

Another shopping tip is to make a holiday budget so you aren’t tempted by impulse items.

You also need to know which items – such as winter clothing, major appliances, and fitness equipment – shouldn’t be purchased on Black Friday because they’ll often be cheaper later.

I’m not a big Black Friday fan. Years ago, when visiting my daughter in Sacramento for Thanksgiving, I insisted that we go to the mall. We didn’t find any bargains. On later visits, we went on walks in the chaparral instead of shopping. Much nicer.

This year, I was surprised when my nephew told me that his son, age 11, was a big Black Friday fan. He refers to Thanksgiving as the day before Black Friday. I hope he finds some good bargains this year.