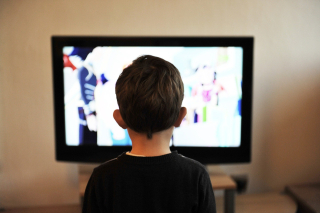 An analysis of 72 hours of children’s television programming in 2018 found that junk-food marketing hasn’t decreased since 2012, according to the Center for Science in the Public Interest, a consumer advocacy group. Almost all the food and beverage advertisements reviewed during CSPI's analysis were for unhealthy products, as defined by nutrition standards developed by a federal interagency task force. The lack of progress comes despite the adoption in 2013 of uniform nutrition standards by an industry self-regulatory group.

In 2018, CSPI researchers recorded six hours of children’s television programming on each of the 12 biggest channels that offer it. Twenty-three percent of all the ads during the six hours were for foods or beverages, up from 14 percent in 2012. Restaurants were the top category of food and drink advertised to kids, 35 percent; followed by candy, 22 percent; breakfast cereals, 12 percent; beverages, 10 percent; and snack foods, 6 percent.

Ninety-nine percent of the food and beverage ads – 362 out of 364 – were for items that wouldn’t have met the nutrition standards developed by the Obama administration’s Interagency Working Group on Food Marketed to Kids, whose voluntary recommendations were abandoned due to intense industry lobbying.

Nicktoons and Nickelodeon had the highest number of unhealthy ads in 2018, followed by Discovery Family and Cartoon Network.

CSPI also looked at whether the food and beverage ads lived up to the industry’s own standards, developed by the Council of Better Business Bureaus’ Children’s Food and Beverage Advertising Initiative. In the 2018 survey, 65 percent of food and drink ads on children’s TV failed to meet the CFBAI standards, down from 68 percent in 2012. After the completion of CSPI’s report, the CFBAI announced further updates to its nutrition criteria that will take effect in 2020.

The CSPI’s report, “Changing the Channels: How Big Media Helps Big Food Target Kids (and What to Do about It),” found that junk-food advertising to kids varies widely from channel to channel.

To assign letter grades, CSPI scored the networks based on the number of food and beverage ads that failed to meet the industry’s CFBAI nutrition criteria. Two channels, PBS and Univision, received As. They aired no food or beverage ads during the 2018 study period. (PBS earned a D and Univision an F in 2012, which makes them the most-improved channels.) The Disney channels (Disney, Disney Junior, and Disney XD) and Nick Jr. received Bs. Ds or Fs were handed out to the remaining channels: Universal Kids (which was Sprout in 2012), Boomerang, Cartoon Network, Discovery Family (previously Hub), Nickelodeon, and Nicktoons.

Several channels that CSPI monitored in 2012, including CW, CBS, NBC, Telemundo, and ABC, no longer offered children’s programming in 2018.

Candy, such as Topps Ring Pops, made up 22 percent of food and beverage ads on kids’ programming in 2018.

“Unhealthy eating patterns are now the leading cause of premature death in the United States,” said CSPI vice president for nutrition Margo G. Wootan. “One way to protect your kids: steer clear of Cartoon Network, Discovery Family, Nickelodeon, and Nicktoons, which repeatedly encourage kids to eat foods and sugary drinks that promote eating habits that could harm their health. PBS, Univision, Nick Jr., and Disney are relatively free of junk-food ads.”

CSPI recommends that media companies stop accepting ads for products that can harm their young viewers’ health and well-being, and that they adopt strong, publicly available policies to address the healthfulness of foods and beverages marketed on their platforms. The CFBAI, the self-regulatory program, should further strengthen its updated nutrition standards, especially by encouraging the inclusion of healthful food components such as fruits, vegetables, and whole grains. Nutrition criteria for those foods were the ones that ads analyzed in the CSPI study most commonly failed to meet. CSPI says that the CFBAI would be more useful if it covered children aged 14 and younger as opposed to 11 and younger, and if it covered all forms of food marketing to children, including on-package, in-store, and all school-based marketing, as well as marketing based on toys and other premiums.

CSPI recommends more studies to assess the nutritional quality of food and beverage ads on streaming media platforms, which are harder to monitor given their microtargeted advertising. Netflix and Hulu (No Ads plan) likely would have received As, because they’re ad-free platforms.

“We found that for every hour a kid spends in front of Nicktoons or Nickelodeon, she or he is exposed to 10 ads for unhealthy food,” Wootan said. “And of all the players involved with marketing food to children, Nickelodeon and its parent company, Viacom, have been among the most stubborn and resistant to change. Many channels need changing but, given its large viewership and dismal results, Nickelodeon needs to change the most.”

There's a lot of TV commercials right now. I don't like it either. Especially when during cartoons include advertising of adult goods.

Lately I've limited my family away from TV. But we also watch movies and concerts. Our children love cartoons. To do this, we just use a directory of ratrating sites. TOP Online Video Downloaders Worldwide https://www.ratrating.com/tops/download/online-video-downloaders/all helps us find interesting videos to watch as a family. Next, we watch at a convenient time for us in excellent quality our favorite movies.

More needs to be done to regulate junk food advertising to kids. Voluntary standards aren't working. It's part of the obesity crisis.