What not to buy on Black Friday 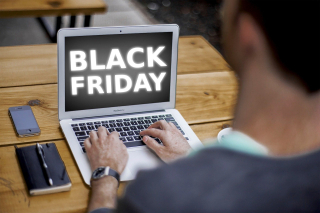 There's a 15 percent tariff on many products imported from China, including most clothing and textiles. That means even the best deals will probably be more expensive than they were last year.

Winter apparel may be an even worse buy on Black Friday, as retailers won't start clearing out winter gear until late in the season. You'll likely see better sales for winter wear in January than November — but due to tariffs, you can still expect to pay a little more.

Consoles are a complicated this year. You often do see good Black Friday game console deals, and the current generation of consoles is aging. The Xbox One and the PlayStation 4 were both released in 2013, with new versions of each likely due out in 2020. While that does mean that video game console deals could be better this year, those consoles may not have much longevity. They won't be a great deal if you wind up buying a new model next year to play the latest games.

The exceptions are Nintendo Switch and Nintendo Switch Lite. These newer consoles are likely to remain Nintendo's top-of-the-line options for the next five years or more.

Jewelry is rarely among the top-notch sales.

Travel gear is usually a good buy during Black Friday. However, tariffs will increase prices because about 82 percent of U.S.-sold luggage comes from China, and prices have been on the rise. You should expect to pay at least 5 percent to 10 percent more for luggage this year — even sale luggage — so you may want to wait.

Black Friday is often the best time of year to get deals on large appliances such as refrigerators and dishwashers. But this is another product category that's been hit by tariffs, with prices on some items up by as much as 16 percent from last year.

Small appliances, which weren't hit by steel tariffs the same way large appliances were, should still be a good buy around Black Friday. However, some items are affected by the 15 percent tariff, including coffee and tea makers.

The best time to buy any seasonal item is usually after – or at least toward the end – of the season. The best deals should start at the end of December and in January, so stock up for next year's holiday season then.

You'll find a few fitness deals in November, but expect to see more than three times as many sales on exercise equipment in January, when retailers get ready for the demand from New Year's resolutions.

Sometimes the too-good-to-be-true Black Friday prices really are too good to be true. In recent years, it's grown popular for retailers to advertise sales — especially on TVs and electronics — without mentioning a specific brand. Some of these items may be produced just for Black Friday sales, and the quality — and whether you're actually getting a discount — are both questionable. If you're drawn in by a low price without paying attention to the brand, you may not get the quality you expect.

Toys are a maybe

Black Friday is a good time to buy toys for your holiday list, but December actually has better toy deals.

If you see a good deal in November, buy it. But if you don't do your toy shopping in November, don't worry, because December's deals are even better.

However, there’s an exception: When it comes to the season's hottest toys, you'll want to buy them as soon as possible.