Americans resolving to pay off debts and save money in 2020, survey shows 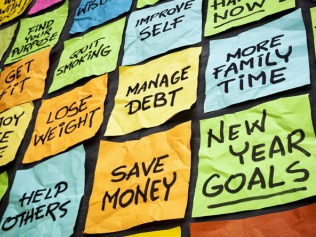 The New Year is approaching rapidly, and money continues to be America’s top concern with almost 99 million people planning to make a financial resolution for 2020.

WalletHub, a personal finance website, conducted a survey of the “Top 10 Financial Resolutions for 2020” and found the No. 1 financial resolution for men is to save more, while women are focused on paying off debt.

Other highlights of the survey include:

“The top New Year’s financial resolutions that people should make for 2020 are to pay off existing credit card debt and to save as much as possible,” said WalletHub CEO Odysseas Papadimitriou. “I’m predicting that 2020 will be a very strong year for the economy.”

However, Papadimitriou said consumers shouldn’t forget that it’s only a matter of time until the next recession, and that their financial foundation should be strengthened now.

“The good news is that people seem to at least realize the need to improve in these areas,” he said. Six in 10 people in the survey said that if they make a financial resolution this year, it will be related to paying off debt or saving more.

Two of the biggest reasons that people don’t stick to their New Year’s resolutions are low expectations and the lack of a clear plan, Papadimitriou said. Nearly half of 2020 resolution-makers expect to keep their resolution for just six months or less, WalletHub’s survey found, with 15 percent of people admitting that laziness is most likely to be their resolution’s downfall.

“Plus, far too many of us confuse resolutions with hopes and wishes,” he said. “A resolution should be considered a vow to achieve a goal, and that means you need to make a realistic plan for getting there.”

Eight in 10 people believe it’s O.K. to adjust their New Year’s resolutions throughout the year, according to the WalletHub survey.

However, Papadimitriou said it depends on the circumstances.

“It’s not a good idea to adjust your resolution just to make yourself feel better, especially if lowering the bar starts to take the teeth out of your resolution, making it ineffectual,” he said. “On the other hand, if you need to recalibrate because your circumstances have changed, it makes a lot of sense.”

It could be a good idea to go month-to-month with your resolutions, Papadimitriou said. “Breaking up your goals into smaller bites might make things more manageable and produce better results overall.”

Total outstanding student loan balances are at $1.6 trillion and rising, according to a New York Times article.

Americans owe more than $1.2 trillion on auto loans, according to "Driving into Debt" by the Education Fund of the U.S. Public Interest Research Group. That amount is up $59 billion from 2018.