Top 3 challenges to expect during a ‘gray’ divorce 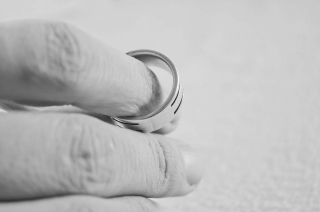 Divorce rates overall are declining across the country. However, they’re nearly doubling for baby boomer couples. This phenomenon known as “gray” divorce occurs when couples over the age of 50 choose to end their marriages. Couples under the age of 40 are delaying or avoiding marriage, and those who decide to get married most likely had divorced parents growing up and, as a result, are making a concerted effort to stay together. Meanwhile, boomer couples over the age of 50 – who caused the divorce rate to spike in the 1970s — are continuing to divorce at higher rates as they age.

Most boomer couples have been together for more than half of their lives, which can make coping with a divorce during their older years extremely challenging. Some of these unique challenges may include:

When their parents divorce late in life, adult children have to navigate financial and other practical considerations while dealing with the devastating emotional strain of divorce. Unlike if a divorce happened when their children were younger, older parents may be more likely to lean on their adult children for emotional and financial support during their divorces. This can leave adult children feeling burdened, divided, and distrusting as a result of their parents’ divorce occurring later in life.

2. Division of assets and financial challenges

When couples spend more than half of their lives together, it can be extremely challenging to equally divide assets, property, retirement plans, health insurance, and much more. In addition, married couples who split up after the age of 50 can expect their household income to decline by up to 50 percent. Most will be near retirement, offering little time to make up for divorce expenses and increased costs of living alone. Some older adults, including those who previously left the workforce, may also have fewer earning opportunities available. This can take a toll on older divorced women, who are 80 percent more likely than men to be in poverty at age 65 and older.

Gray divorce also contributes to an epidemic of loneliness among older adults. Divorce at any age means lost connections as friends refuse to choose sides or have trouble integrating a single person into what used to be couples’ activities. An older adult’s social group regularly shrinks due to the death or relocation of old friends, making friendships lost through divorce extremely devastating.

The large population of baby boomers in the United States, 74.6 million, plus increased life expectancy, coupled with shifting views of marriage are all factors contributing to the fact that nearly one in four divorces filed today is gray. The aging American population and the boomer couple’s propensity to break up means the U.S. will see more gray divorces in the future.

Hoping this isn't in my future!

US trend is for decreased lifespans, due to suicide, various drug addictions (meth, opoids, etc), poor maternal health care in the US, it's likely that the projected lack of sufficient savings by many (needed due to decrease in defined pension plans, looted pension funds, etc) may mean more older people become homeless, can't afford needed dental care, etc. Homeless people have a substantially reduced life expectancy. Sorry to be so gloomy but the past 4 years have persuaded me that most in the US are blind to the effects of ever increasing income inequality in the US or just don't care.

Yes, I agree. Income inequality in the U.S. is one of the biggest consumer stories, if not the biggest story, of the decade.

While credit card debt is at a record level and savings rates continually low, I have seen interest in the FIRE movement -- financial independence and retire early. That's encouraging. People are talking about the basics of personal finance -- establishing an emergency fund, budgeting, and saving.