Home About Newsletter Categories Donate
Top consumer stories for 2019
Pharmaceutical companies raise the prices of more than 250 drugs as of Jan. 1 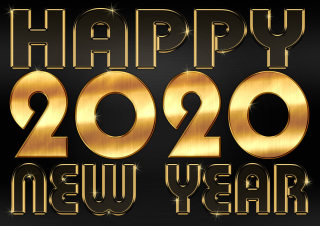 The United States of America has such potential. It's a big, diverse country with tremendous resources. But, time and time again, we miss the mark. The opioid crisis. Mass shootings. Climate change inaction. Barriers for minorities and women. Ongoing wars. A lacking health care system.

But, as a consumer writer, the thing that bothers me the most is the continual favoring of corporate interests over the public interest. One of the biggest stories of the decade, in my opinion, is the increase in income inequality. I read about it on social media every day. Families struggling to get by, living paycheck to paycheck.

One bright spot is the FIRE movement, financial independence, retire early. People interested in FIRE look at their income and expenditures and work to figure out how to cut expenses and save money for retirement. While, in my opinion, financial independence is the important part of FIRE, it's amazing to see thousands of people talking about setting financial goals, budgeting, and saving money.

In my studies of consumer economics, I learned that consumers don't act in their own interests. They could have a powerful role in the economy if they banded together to form buying clubs, boycott companies, and act together. While it's discouraging that corporations rule the world, I'll keep plugging away in the public interest on my blogs. I've written more than 6,000 articles on my two blogs now. So that's a good way to have spent the decade.

We'll see what 2020 brings. We have one of the most anti-consumer presidents and administrations in the history of the United States. As a consumer and personal finance journalist, it's painful to get up every morning to see what consumer or environmental policy is eliminated or what new idea is being considered to strengthen corporate power.