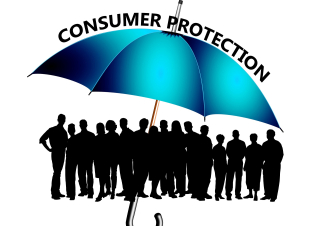 Twenty-four attorneys general want to make sure that states can continue to benefit from tools under Title X of the Dodd-Frank Act that help them protect consumers from fraud and abusive consumers practices.

In an amicus brief filed Thursday in Seila Law v. Consumer Financial Protection Bureau, the attorneys general argue that the U.S. Supreme Court should preserve the CFPB and other significant consumer protections provided by Title X.

“Following the Great Recession, the Consumer Financial Protection Bureau was created as an independent enforcer of consumer protection laws to ensure that consumers could never again be so egregiously defrauded, deceived, or misled by private companies,” said New York Attorney General Letitia James.

Opponents are now asking the Supreme Court to undo years of financial and consumer protections that have saved Americans hundreds of millions of dollars and remedied countless abusive and fraudulent practices, James said.

“Our coalition will continue fighting to ensure the existence of the CFPB and, more importantly, the continuation of the protections that help the states ensure the financial protection of the American people,” she said.

In 2017, the CFPB undertook an investigation into the California law firm Seila Law for its debt-relief practices. Seila Law sought to block the investigation, arguing that the CFPB is unconstitutionally structured because the agency's director may only be terminated by the president “for inefficiency, neglect of duty, or malfeasance in office.”

This removal provision, according to Seila Law, infringes on the executive power and violates the constitution’s separation of powers clause. The U.S. District Court for the Central District of California and U.S. Court of Appeals for the Ninth Circuit both rejected Seila Law’s arguments and upheld the constitutionality of the CFPB.

Seila Law appealed to the U.S. Supreme Court, again arguing that the CFPB is unconstitutional and that all of Title X of the Dodd-Frank Act – which includes the creation the CFPB, as well as new tools for state consumer protection enforcement – needs to be struck down.

In the amicus brief filed Thursday, the attorneys general argue that the CFPB’s structure is constitutional and that – even if the director’s removal provision is invalid – the CFPB and the rest of Title X should survive. The brief lists the many ways that the states have worked cooperatively with the CFPB to investigate fraud and abusive consumer practices in the market, including joint enforcement actions and information sharing. The brief also includes the provisions of Title X that are unrelated to the CFPB, but give the states tools to combat fraud and abusive practices. The brief argues the provisions provide important support to the states’ efforts to protect consumers and are independent of the CFPB. The brief concludes by arguing that these new state powers should survive even if the director’s removal provision or the CFPB itself is ruled unconstitutional.