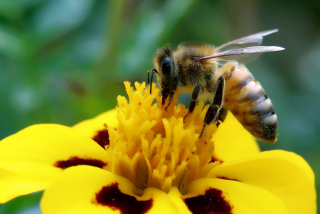 As usual, most of the end-of-the-year, round-up articles are about national issues or corporations. If consumers are mentioned, it’s usually about how they’re responding to some corporation.

For the most part, it’s been a grim year for consumers. With the Trump administration that is so probusiness and anti-consumer, the not much is happening for consumers that's positive.

We have a president who puts his personal interests above the public interest. He tried to bribe the Ukrainian president to get him to investigate a political rival. As a result, he’s been impeached by the U.S. House of Representatives. This is incredible.

How a percentage of the American can support Trump is a great mystery to me. He and his administration announce anti-consumer proposals almost daily.

In addition, we have a president who lies. Since he was elected, Trump has told more than 15,000 false or misleading claims. In 2019, he’s said that the U.S. economy today is the best in history, he passed the biggest tax cut in history, the U.S. has lost money on trade deficits, article II of the Constitution lets him do whatever he wants, windmills cause cancer, and toilet flushes are up. All are untrue.

2. Consumer rights and programs are under continual attack from President Trump and his administration.

The Republican conservatives want to reduce the size of government and give corporations more power. Almost daily, we read about how the Trump administration has done it or is planning to do it. Some examples include:

The list goes on and on. Government regulations and programs help consumers. Reducing the size of government and slashing consumer regulations just helps corporations make more profits at the expense of consumers.

3. The Trump’s administration attacks on the environment have largely failed.

Many of Trump’s most dangerous environmental policies have been blocked by a combination of federal court rulings, grassroots opposition, and corporate hesitation to back the president’s radical agenda, according to the Sierra Club.

After nearly three years, Trump’s promise to build the Keystone XL pipeline is unfulfilled. His attempts to nullify California’s tailpipe standards for cars and trucks hasn’t worked as four major automakers have cut a deal with California to abide by the it’s stronger rules. Coal company bankruptcies continue to go up despite Trump’s promises to revive the dying industry. Trump’s hope of opening up vast new sections of the U.S. coast to offshore oil and gas drilling is dead. And 2019 has come and gone without any seismic testing or drilling leases occurring in the Arctic National Wildlife Refuge.

In court, the Trump government has been on a losing streak. Earthjustice has filed more than a hundred legal challenges against Trump environmental policies; so far, 37 of those lawsuits have been decided, and Earthjustice and its clients have won 32 of them, or 86 percent. These victories have protected Yellowstone-area grizzly bears from being hunted; kept the Chemical Disaster Rule in place; paused new coal mine leasing on public lands; halted a proposed copper mine in Arizona; and maintained methane emissions rules on Bureau of Land Management lands.

The Trump administrations attempts to use import tariffs to protect and boost U.S. manufacturers backfired and led to job losses and higher prices, according to a Federal Reserve study.

“We find that the 2018 tariffs are associated with relative reductions in manufacturing employment and relative increases in producer prices,” said Fed economists Aaron Flaaen and Justin Pierce.

5. Purdue Pharma’s Slacker family is sued for its role in opioid crisis.

The Massachusetts Attorney General alleged in a lawsuit that the Sackler family behind Purdue Pharma knew that their painkiller was causing deaths, but they continued to market and bring in cash as the death tolls climbed.

An investigation by Consumer Reports that found 32 infants had died while using the sleeper since 2011. After the April story, dozens more deaths have been found linked to a variety of similar inclined sleepers. The U.S. Consumer Product Safety Commission has proposed a new standard that would ban inclined sleep products and require them to meet safety standards. That proposal is open for comments until Jan. 27.

7. Birds and insects are dying at alarming rates, threatening ecosystems.

A group of scientists released a global scientific review of insect species and found that 40 percent of insect species are declining and a third are endangered. Insects are the base of the food chain. Their continual decline, fueled by climate change, agriculture, pesticides, and increasing urbanization, will have catastrophic impacts on the planet, the researchers said. A separate study found that nearly one in three birds have vanished from North America in the past 50 years, leaving the continent with 3 billion fewer than it should have, due to habitat loss. Like insects, birds play an important role in the world’s ecosystems.

The government and industry are working on the problem, which will likely require keeping clean water near fields and animal agriculture far from them, according to Food Safety News. In the meantime, the FDA is telling consumers not to eat romaine from a suspect or unknown growing area.

No deaths have occurred in 2019, but Romaine was responsible for five deaths in 2018. The issue remains with these two active outbreaks:

A single grower with multiple fields is in the sight of FDA investigators as the year ends, according to Food Safety News.

11. The crashes of two Boeing 737 MAX airplanes, which killed 346, raises questions about the regulatory approval of the aircraft.

In March, Ethiopian Airlines Flight 302 crashed near the town of Bishoftu, Ethiopia. All 157 people onboard lost their lives and the crash resembled that of a Lion Air plane in October 2018 in which 189 people died. Both aircraft were Boeing 737 MAX 8 models, which ignited a global debate about its safety and resulted in the grounding of the model by carriers and regulators around the world.

In July, Facebook agreed to pay a $5 billion penalty to settle Federal Trade Commission charges that it mishandled user privacy practices and lost control over huge amounts of user data.

The record fine paid by Facebook is an example of the growing scrutiny and anticipated investigations of tech companies Facebook, Google, Amazon, and Apple in areas such as data privacy and antitrust actions.

In addition, the European Union is conducting antitrust investigations. In March, it imposed  a $1.69 billion fine on Google for allegedly suppressing competition in online advertising. And the EU has opened an investigation of Amazon for possible anti-competitive behavior.

Consumers are just beginning to understand of how their data is being used. Facebook’s Cambridge Analytica scandal in 2018 helped wake up Americans to all the ways their data were being used without their knowledge or consent, and 2019 brought many more revelations. Tech consumers learned that Amazon was letting thousands of employees listen to conversations recorded by devices equipped with its Alexa voice assistant to improve its accuracy.

14. The employees of tech companies are speaking up about company policies.

Tech workers at companies including Riot Games, Amazon, Microsoft, and Blizzard Entertainment have walked out to challenge their employers’ actions on climate change, cooperation with controversial government policies, and more.

In January, tens of thousands of Belgian teens marched weekly on the EU headquarters in Brussels. On March 15, millions marched all over the world. In September, people gathered around the United Nations climate meeting.

Young people are leading the way on climate action. In addition, more than 8,700 Amazon associates signed an open letter to CEO Jeff Bezos asking the company develop a climate action plan. Microsoft employees staged a walk-out in September to protest the company’s “complicity in the climate crisis.”

In "The Uninhabitable Earth,” David Wallace-Wells made the case that panic may be warranted, showing what warming of 3, 4, or more degrees Celsius could look like.

The scientific community gave frightening reports that (1) the earth’s land is changing so much that food security is threatened as is the land’s ability to capture carbon, (2) the earth is heading toward devastated oceans that are coral-free, and (3) current policy isn’t cutting emissions fast enough to avoid these outcomes.

16. The Green New Deal and Medicare for All generate discussions on how to do things differently.

The Green New Deal offers a way on how the United States can take meaningful action to address global climate change. It outlines a basic policy framework for how to tackle U.S. greenhouse gas emissions while ensuring that any retooling of the U.S. economy will benefit a majority of Americans.

Medicare for All is a number of different proposals that share many similarities, such as comprehensive benefits, tax financed, a replacement for all private health insurance, as well as the current Medicare program, lifetime enrollment, no premiums, and all state-licensed, certified providers who meet eligible standards can apply.

In February, Congress passed a conservation bill, the Resources Management Act, which rolled together more than a hundred measures to protect natural resources and encourage outdoor recreation. The bill created protections for 2.4 million acres of land, including 1.3 million acres of new federal wilderness; designated hundreds of miles of rivers as wild and scenic; permanently funded the Land and Water Conservation Fund, which uses royalties from offshore oil and gas leasing to underwrite preservation efforts; and extended for seven years the Every Kid Outdoors program, which gives fourth graders and their families free entry to national parks.

In August, the world watched as large sections of the Amazon rainforest went up in flames.

By the end of August, Brazilian officials had recorded some 41,000 fires burning across the forest region.

I'm praying he'll have a heart attack. Yes, I really said that. He assaults us every day.