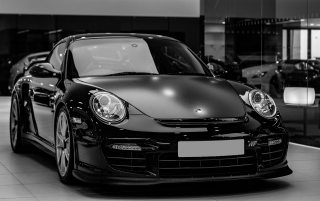 While luxury brands Porsche and Genesis claim the top two spots, moderately-priced brands are close behind in the latest Brand Report Card Rankings from Consumer Reports, a product testing organization. The annual rankings show which automakers are producing the most well-performing, safe, and reliable vehicles based on Consumer Reports testing and member surveys.

“The brands at the top of our rankings do a great job of producing cars that perform well in our road tests, and are reliable, safe, and highly satisfying,” said Jake Fisher, senior director of automotive testing at Consumer Reports. "That's especially remarkable for brands like Subaru, Mazda, Hyundai and Kia that offer many affordably-priced options.”

In total, 33 brands are included in Consumer Reports’ 2020 Brand Report Card. To determine the rankings, the organization considers only new vehicles that are currently for sale and that it has tested at its Automotive Testing and Safety Center in Connecticut.

Consumer Reports conducts a set of tests on each vehicle it evaluates, including braking, handling, comfort, convenience, safety, and fuel economy. It then determines the overall score – a combination of predicted reliability, owner satisfaction, and Consumer Reports’ hands-on analysis that includes road performance and key safety features and crash-test results, if available – for each brand model tested. The brands are then ranked by average overall score to reveal the best and worst.

Tesla was the highest climbing brand, going up eight spots from last year to 11th place this year. This was due to the improved reliability of its Model 3 and Model S sedans. The Model X is the only Tesla that Consumer Reports doesn’t recommend. Brands that moved slightly up or down in this year's rankings tended to have either new or redesigned model offerings, such as Audi with the A6 and A8, or changes in predicted reliability.

Detroit brands landed in the middle to the bottom of CR’s rankings. Lincoln was the highest at 13th, though it dropped five spots from last year due to the subpar predicted reliability of the new Aviator and Nautilus SUVs. Chrysler and Dodge each advanced by four spots to 18th and 21st, respectively.

The bottom of Consumer Reports’ Brand Report Card Rankings hasn’t changed very much from a year ago, with Fiat remaining last. Acura recorded the biggest slide from last year, dropping eight positions to 24th overall due to its unreliable MDX and RDX SUVs. Of the eight lowest-scoring brands, which also include GMC, Alfa Romeo, Jaguar, Cadillac, Land Rover, Jeep, and Mitsubishi, Consumer Reports only recommends one of the 36 total vehicles it has tested from that group is the Jeep Grand Cherokee.

Consumer Reports purchases all of its test cars anonymously from dealers and doesn’t accept free samples from automakers for any of its ratings or evaluations. It’s testers drive a total of 500,000 miles annually in the vehicles it tests.

Whew! I'm glad I don't have an Acura anymore (altho' I don't see myself buying a Porsche).