Do you think you’ll miss a credit card payment in 2020? 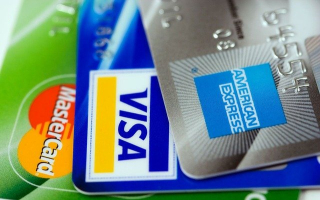 Forty-six million Americans, nearly one in five adults, think they will miss at least one credit card payment due date in 2020, according to a WalletHub credit cards survey released Tuesday. The researchers think this indicates that cracks in the foundation of consumers’ finances are beginning to show, under the strain of mounting debt.

“The reason that roughly 46 million people expect to miss at least one credit card due date in 2020 is that we’re stretched too thin – in terms of both time and money,” said Odysseas Papadimitriou, WalletHub CEO.

“Up until this point, we’ve managed to keep our accounts in good standing at historical rates,” he said.

However, expecting to miss due dates isn’t a good sign, Papadimitriou said. “And not only do 18% of people expect to miss at least one credit card due date in 2020, but 30% [of] us say that not having enough money is the reason we’re most likely to be late.”

The survey’s findings on late credit card payments are:

What should credit card users concerned about late payments do?

Papadimitriou recommends setting up automatic monthly bill payments from a checking account for at least the minimum amount due each month.

“This will at least remove forgetfulness as a potential cause,” he said. “Automated payments won’t do much good if you don’t have enough money in your bank account, however. So careful budgeting and saving are key, too.”

Is it worth asking credit card companies to waive late fees?

“Credit card users who almost always pay their monthly bills on time but fail to do so once in a blue moon should definitely try to ask their credit card company to waive any associated late fee,” Papadimitriou said.

Nearly all people who’ve tried in the past say they’ve been successful at least once, he said. “This is actually one reason why credit cards that emphasize ‘no late fees’ as a feature are sometimes overrated. You might get that on other cards, anyway, just by asking. Plus, ‘no late fee’ often actually means no fee the first time you miss a due date.”

It's been a long time since I've missed one but it has happened!