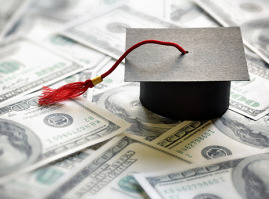 The lawsuit was filed by the Project on Predatory Student Lending and Public Citizen Litigation Group on behalf of the New York Legal Assistance Group. The lawsuit challenges borrower defense regulations published in September 2019 that are due to take effect in July 2020.

Federal law states that students can ask to cancel their federal student loans when the schools they attend engage in misconduct or close suddenly. In 2016, the U.S. Department of Education issued new rules to protect student borrowers and federal taxpayers. Secretary of Education Betsy DeVos attempted to block those rules from going into effect three times – and the groups suing now were successful in having those attempts declared illegal.

In 2019, the department issued a new rule, which is based on the premise that student borrowers are at fault. The new rule:

As a result of these changes, student borrowers will be harmed, and organizations such as NYLAG, a nonprofit that provides services including financial counseling and legal assistance to student borrowers, will see an increase in their workload, according to the lawsuit.

“Although the Department of Education uses ‘Institutional Accountability’ in the title of this rule, the reality is this rule does not hold schools accountable,” said Adam Pulver, attorney for Public Citizen. “Rather, DeVos’ new rule allows predatory institutions to escape responsibility for their deceptive and misleading conduct, and forces students – and organizations like NYLAG – to bear the consequences.”

The lawsuit also asserts that the department failed to comply with procedures required to carry out the new rule, and the justifications offered in support of it aren’t logical and supported by the record.

“The Department of Education’s own reasoning does not support its conclusions,” said Pulver. “It has gone outside the boundaries of law in its quest to deny relief to borrowers.”