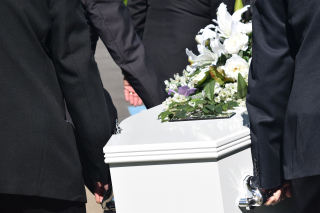 “Many funeral homes charging high prices use a legal loophole to hide these prices from the public,” said Josh Slocum, executive director for the Funeral Consumers Alliance. “The California legislature should close this loophole so that consumers can comparison shop among all funeral homes.”

The research was prepared by the FCA and Consumer Federation of America and released with Consumer Action of California.

The 24 Dignity Memorial funeral homes in the study, none of whom posted their prices, charged the highest prices of all, according to the study. Dignity Memorial is a brand owned by the Service Corporation International.

“In our national research, we have not found one Dignity Memorial funeral home that posts prices,” said Stephen Brobeck, a CFA senior fellow. “And throughout the nation, we have also found that they tend to charge higher prices.”

The research also found that 28 funeral homes studied apparently don’t comply with California or federal law. (Six of these aren’t included in the final price analysis of 120 funeral homes; their “price lists” didn’t provide the basic data necessary.) For example, 14 homes failed to disclose to cremation consumers that they can choose an “alternative container” for direct cremation. Five funeral homes failed to offer customers the option of buying a simple “immediate burial” without a ceremony. And five homes provided only package prices without itemized options.

In addition to large price differences between price disclosers and price hiders, there was a huge range of prices in the six areas studied – the cities of Sacramento, Los Angeles, San Francisco, and San Diego and Alameda and Orange counties. Prices ranged from $250 to $4,370 for a basic services fee, from $525 to $4,115 for direction cremation, and from $495 to $4,715 for immediate burial without casket.

“Prices vary so greatly that consumers can potentially save thousands of dollars on a funeral by shopping around,” said Alegra Howard, policy advocate for Consumer Action.

“It’s unfortunate that consumers need to comparison shop during an already stressful and upsetting time in order to avoid being fleeced,” Howard said. “However, we recommend that consumers do just that, and begin their search with funeral homes that prominently post prices.”

Prominent price posting by funeral homes is especially important to consumers who are bereaved, face an unexpected death, and/or are required to quickly select a funeral home because a hospital is urging them to, according to the report.

“It is unrealistic to expect families confronted with a sudden death to visit a number of funeral homes to pick up paper price lists,” said Slocum. “When prices are prominently posted online, it takes relatively little time for consumers to learn more about costs related to funeral homes they are considering.”

The research follows a report on price posting by the 203 funeral homes in the same six cities and counties. That research found that 45 percent of the funeral homes prominently disclosed their prices but 25 percent didn’t. The latest study collected information from the price disclosers online and from the price hiders by calling and requested a general price list. Most but not all of the hiders emailed their price list in response to a phone call.

In California, a state law that took effect in 2013 requires funeral homes to disclose their prices online, whether as a “general price” list or a list of 16 services and merchandise available.

Nationally, the Federal Trade Commission is looking at updating its Funeral Rule to include an internet posting requirement.

The post is quite a revelation. These price hiders often deceive the bereaved families. As the author says to be, wary of the loopholes, the unexpected organizations are imposing on commoners. Be informative of the funeral services that disclose their prices.