Home About Newsletter Categories Donate
Baby boomers have coronavirus on their minds
Grocery shopping: How to protect yourself from the coronavirus 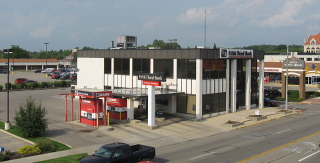 The Consumer Financial Protection Bureau filed a lawsuit in Illinois Monday against Fifth Third Bank, one of the largest banks in the Midwest.

The lawsuit claims that Fifth Third violated the Consumer Financial Protection Act’s prohibition against unfair and abusive acts or practices. It also charges the bank with violating the Truth in Lending Act and the Truth in Savings Act.

The CFPB alleges that for years and continuing through at least 2016, Fifth Third used:

The CFPB also alleges that, despite knowing since at least 2008 that employees were opening unauthorized accounts, Fifth Third didn’t take strong steps to detect and stop the practice and to identify and remediate harmed consumers.

Reasonable sales goals and performance incentives aren’t harmful, the  CFPB said in a statement. But when the programs aren’t properly carried out and monitored, as the CFPB alleges in its lawsuit, they can create incentives for employees to engage in misconduct to meet goals or earn additional compensation.

Earlier this month, in relation to similar charges, Wells Fargo agreed to pay $3 billion to resolve civil and criminal charges related to its practice between 2002 and 2016 of pressuring employees to meet unrealistic sales goals that led to millions of accounts being created under false pretenses or without consent.