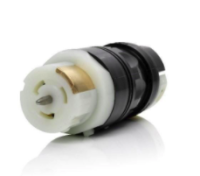 Leviton Manufacturing is recalling about 98,000 50 ampere, non-NEMA electrical connectors, plugs, receptacles, and inlets in the United States and about 4,400 units in Canada. The electrical connection devices can have mislabeled terminal markings, posing an electrical shock hazard. Leviton has received four reports of mismarked devices, including one report... Read more →

My cousin, Scott Telecky, who travels the world, loves to see Penguins in the wild. His post on Facebook alerted me to the fact that it's World Penguin Day. So, here's my photo of little penguins on Penguin Island south of Perth. We visited in 2015. See my article, "Return Trip to Australia Shows It's as Great Now as It Was During the Late 1960s." Read more →

What to buy and not buy in May

Depending on where you live, you may or may not be able to go out and shop during the month of May. However, even if you’re still staying at home you shop from home. While it’s important to continue to limit your shopping to essential items, because you don’t put a burden on employees who are still required to go to work to handle your order, there are important things going on in May, such as buying birthday presents for May birthdays and Mother’s Day. I mention that because my birthday is in May, and I’d like to get a present to cheer myself up. Here are tips from DealNews for May shopping: Star Wars items Star Wars Day is May 4 — as in "May the Fourth Be With You" — and companies often celebrate by offering deals on different kinds of merchandise. Even though May 4 is my birthday, I’m not longing for a Star Wars t-shirt. Mother’s Day Traditional gifts such as flowers and jewelry will likely jump in price right before Mother's Day, which is May 10 this year. Read more →

It’s the 50th anniversary of Earth Day. It’s hard to come to grips with the fact that, although some gains have been made, America continues to favor the profits of corporations over the health of the planet. For example, America’s waters are no longer filthy or on fire, but the oceans are warming and are getting more acidic. America’s air is cleaner, but not elsewhere in the world. DDT was banned, but it was replaced by “cousins,” similar pesticides which are harmful to health. And, throughout the world, people and nations are still addicted to fossil fuels, while clean energy isn’t moving fast enough. Read more →

Progressive Leasing will pay $175 million to settle Federal Trade Commission charges it misled consumers about the price of items purchased through its plans. The company markets rent-to-own payment plans at more than 24,000 retail locations – including stores such as Best Buy, Lowe’s, Big Lot’s, and Kay Jewelers – in 46 states and the District of Columbia. Consumers who visited retailers to buy items such as furniture, jewelry, or cellphones were often told that Progressive’s payment plans were “same as cash” or “no interest” – leading consumers to believe they wouldn’t be charged more than an item’s sticker price, according to the FTC’s lawsuit filed Monday. Instead, the lawsuit alleges, consumers paid more than the sticker price, and often paid about twice the sticker price if they made all scheduled payments under the plans. When consumers were presented with the terms of Progressive’s offers, they were shown the “cash price” of the item, as well as the cost of their initial payment and each periodic payment. Read more →

Who could have guessed a few months ago that the world would suddenly be plunged into a pandemic that would require months of staying at home? I’m doing well. I’m able to pick up an order of groceries weekly from my local food co-op. I’m grateful to be able to get most of the organic foods that I like. I had some toilet paper and paper towels on hand, then, when I realized I could be staying home for months, I ordered a case of each from the co-op like I usually do. Read more → 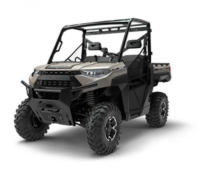 Polaris is recalling about 80,000 Model Year 2018 - 2020 Ranger XP 1000 and Crew XP 1000 off-road vehicles. The clutch belt can break and damage the secondary clutch and the fuel line, posing a fire hazard to the rider. Polaris has received four reports of clutch belts breaking, which resulted in fuel line damage and fires. No injuries have been reported. Read more →