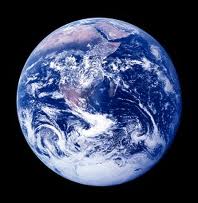 It’s hard to come to grips with the fact that, although some gains have been made, America continues to favor the profits of corporations over the health of the planet.

For example, America’s waters are no longer filthy or on fire, but the oceans are warming and are getting more acidic. America’s air is cleaner, but not elsewhere in the world. DDT was banned, but it was replaced by “cousins,” similar pesticides which are harmful to health. And, throughout the world, people and nations are still addicted to fossil fuels, while clean energy isn’t moving fast enough.

On Tuesday, Stephen Colbert interviewed Michael Moore about his new movie “Planet of the Humans,” a documentary that contends we’re losing the battle to stop climate change because we’re following leaders who have taken us down the wrong road – selling out the environment to wealthy interests and corporate America.

It’s a good movie to watch on Earth Day. It’s available for free for 30 days on YouTube. Moore and director Jeff Gibbs decided to release the movie now rather than waiting for the fall because, during the pandemic, its message is urgent.

“We have ignored the warnings, and instead all sorts of so-called leaders have steered us away from the real solutions that might save us,” Moore said in a statement. “This movie takes no prisoners and exposes the truth about how we have been led astray in the fight to save the planet, to the point where if we don’t reverse course right now, events like the current pandemic will become numerous, devastating and insurmountable. The feel-good experience of this movie is that we actually have the smarts and the will to not let this happen – but only if we immediately launch a new environmental uprising.”

Moore won an Academy Award in 2003 for “Bowling for Columbine.” Among his other documentaries are “Roger & Me,” “Capitalism: A Love Story,” and “Michael Moore in Trumpland.”