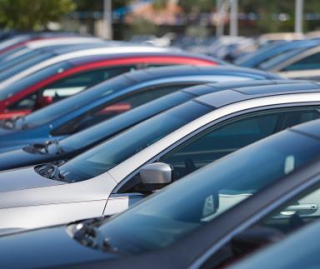 Santander Consumer USA Inc. agreed Tuesday to pay about $550 million or more to consumers nationwide to resolve charges that its subprime lending practices exposed them to high levels of risk with auto loans that had a high likelihood of default. Santander also agreed to make changes to its terms and conditions for extending credit.

In March 2015, a coalition of 34 attorneys general opened an investigation into Santander — the largest subprime auto financing company in the nation – after receiving an increase in consumer complaints on subprime auto loans. The coalition alleged that Santander – through use of credit scoring models that could forecast the risk of borrower default – knew that certain groups of consumers would have a high likelihood of default.

It also alleged Santander failed to monitor dealer behavior to minimize the risk of receiving falsified information, such as the amounts specified for consumers’ incomes and expenses.

Consumers with the lowest quality loans who had defaulted as of December 31, 2019, and haven’t had their cars repossessed, can keep their car and have any deficiency balance on the loan – up to $45 million in deficiency waivers nationwide – waived. Santander will also waive the deficiency balances for certain defaulted consumers across the country, with about $433 million in immediate forgiveness of loans still owned by Santander, and additional deficiency waivers of loans that Santander no longer owns but is required to attempt to buy back.

In addition, Santander has agreed to provisions to make changes to how it determines the terms of its loans. These provisions:

If you believe that you’re eligible for relief under this settlement, you can check for updates about relief administration by visiting santandermultistateagsettlement.com.