Facts and figures for Father’s Day 2020 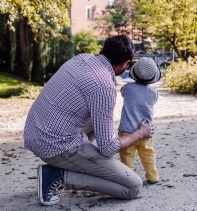 The idea for Father's Day is attributed to Sonora Dodd, who was raised by her father after her mother's death during childbirth. While listening to a sermon at church on Mother’s Day, she thought about all her father had done for her and her siblings and decided fathers should have a day, too. Because Dodd’s father was born in June, she encouraged churches in her area, Spokane, Washington, to honor fathers that month. The first Father’s Day was celebrated in Spokane in 1910.

Over the years, the idea spread, and people lobbied Congress to establish the holiday.

This year three-quarters of consumers say they plan to celebrate Father’s Day, according to the annual survey conducted for the National Retail Federation. While fewer consumers expect to take their dads out for Father’s Day, they’re planning other ways to celebrate.

Many parts of the country have started heading toward reopening businesses. However, 58 percent of those surveyed said they’re likely to celebrate Father’s Day virtually this year, compared with the two-thirds who said they’d do it for Mother's Day. Three-quarters said Father's Day is important this year because of the coronavirus pandemic.

On average, consumers plan to spend $149 on gifts for dad, about $10 more than they spent in 2019. Total spending for Father’s Day is expected to reach $17 billion.

Months spent at home due to the pandemic have given some consumers time to take on home projects. Retailers such as The Home Depot and Lowe’s reported more purchases for DIY projects in the first quarter of 2020. And consumers want to make sure dads have the right tools as they launch their own DYI projects. The percentage planning to give tools, appliances, or home improvement items for Father’s Day grew significantly this year.

On haircuts, online searches for items such as home haircuts and men's hair clippers have surged over the last couple of weeks, according to Google trends. And the number of consumers planning to gift dad a personal care item for Father's Day is up 21 percent from last year.

Here are facts and figures on Father’s Day from the U.S. Census Bureau:

About six in 10 men are fathers. Of the 121 million men age 15 and over in the United States, about 75 million are fathers to biological, step, or adopted children.

About 2 percent of fathers are single dads. Of the 35 million fathers of minor children, 1.7 million are single fathers who are living with at least one child under 18 with no spouse or partner present.