Home About Newsletter Categories Donate
Drownings up significantly in June at Army Corps recreation areas so use caution in July, usually when the most deaths occur
Most Americans think owners should be able to deny service to those who don’t social distance, and a majority say they’re taking precautions in public spaces, survey shows 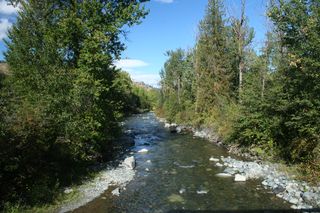 Twenty-one attorneys general filed a lawsuit Monday challenging the U.S. Environmental Protection Agency’s final rule limiting state authority under Section 401 of the Clean Water Act. For more than three decades, the EPA has said that Section 401 provides states with the authority to approve, impose conditions on, or deny certification for federally permitted projects.

However, as directed by President Trump’s April 2019 executive order, the EPA issued a final rule altering its water quality certification regulations to restrict state authority under the Clean Water Act. In the lawsuit, the coalition argues that the final rule violates the Administrative Procedure Act and Clean Water Act and needs to be vacated.

“Once again, the Trump Administration is attempting to undermine the Clean Water Act – this time by limiting longstanding state authority to protect our waters from degradation tied to federally-approved projects,” said California Attorney General Becerra. “President Trump fails to understand that he doesn’t get to rewrite the rules just because he doesn’t like them. We’re going to court to make sure the rules are followed. It’s a lesson most of us learned in grade school.”

The Clean Water Act reflects Congress’ policy to “recognize, preserve, and protect the primary responsibilities and rights of states to prevent, reduce, and eliminate pollution” of waters within their borders. Under Section 401 of the law, a project requiring federal approval that may result in discharges into waters of the United States must obtain state certification confirming that the project meets state water quality standards and other appropriate state law requirements. The projects requiring Section 401 certification range from housing and commercial land development to hydropower and pipeline construction.

This certification process ensures adequate assessment of the impacts of proposed projects and the imposition of necessary conditions to remedy these impacts, Becerra said.

On July 13, the EPA issued a final rule re-writing water quality certification regulations to limit state authority under the Clean Water Act. The rule will impair states’ ability to fully and efficiently review project proposals for water quality impacts and make it more difficult for states to fulfill their obligation to protect their waters and wetlands, Becerra said.

In the lawsuit, the coalition argues that the EPA’s drastic curtailment of state authority under Section 401 is unlawful because it is contrary to: