Bayer to pay more than $10 billion to settle cancer lawsuits 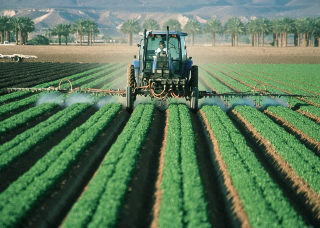 Bayer agreed to pay $10 billion over claims its herbicide Roundup causes cancer in people in a settlement announced Wednesday.

Most of the money will be sent to four leading plaintiffs’ law firms, who will distribute it to nearly 100,000 clients who were diagnosed with cancer after prolonged use of the weed killer. Bayer still faces at least 30,000 claims from plaintiffs who haven’t agreed to join the settlement.

The settlement also includes $1.25 billion for potential future claims from Roundup customers who may develop the form of cancer known as non-Hodgkin’s lymphoma. Individuals, depending on the strength of their cases, will receive payments of $5,000 to $250,000, according to a New York Times article.

In addition, Bayer announced Wednesday that it would separately spend up to $400 million to settle claims stemming from another Monsanto chemical, dicamba, that can drift after it’s sprayed and damage other crops. Bayer also earmark $820 million to settle lawsuits related to toxic chemicals in the water supply known as PCBs – for polychlorinated biphenyls – that were banned in the United States four decades ago.

In a settlement with Washington state, also announced Wednesday, it agreed to pay $95 million to resolve the state’s lawsuit over the company’s manufacturing, marketing, and distribution of PCBs.

Bayer, a German company, acquired the St. Louis-based agrochemical company Monsanto in 2018 for $63 billion, and inherited liability in thousands of lawsuits filed by people who claim exposure to Roundup and its main ingredient glyphosate was the cause of their cancer.

“Today’s settlement is vindication for all those who have fallen ill with cancer as a result of being exposed to this chemical,” said Ken Cook, president of the Environmental Working Group. “No amount of money can reverse the damage Bayer-Monsanto has inflicted on these victims and countless others.”

The most damning revelations in this case uncovered, through the company’s own internal documents, was how Monsanto-Bayer recognized early on the risk of cancer and other health problems posed by glyphosate and its commercial formulations, said Cook.

“Monsanto-Bayer aggressively conspired for decades to withhold or lie about the evidence to the public and to regulators, while relentlessly attacking scientists and organizations that sought to tell the truth about the company’s products,” he said.

Glyphosate, the most widely used herbicide in the world, was classified in 2015 by the International Agency for Research on Cancer as “probably carcinogenic” to people. In 2017, glyphosate was also listed by the California Office of Environmental Health Hazard Assessment as a chemical known to cause cancer.

Glyphosate is mostly applied to corn, soybean, and wheat crops, but is increasingly sprayed just before harvest on oats, chickpeas, and other crops as a drying agent to speed the harvest. The pre-harvest use is why many oat-based cereals are contaminated with glyphosate, Cook said.

Three separate rounds of laboratory tests commissioned by the EWG in 2018 and 2019 found glyphosate in nearly every sample of popular oat-based cereals and other foods marketed to children. The contaminated brands included cereals and breakfast bars made by General Mills and Quaker.

Besides its use in agriculture, millions of Americans spray Roundup on their yards and gardens – a main source of exposure for those who were sickened and sued Bayer-Monsanto. Four people in California have previously won their cases in jury trials, including Dewayne Johnson, a Bay Area school groundskeeper.

“Even as we celebrate and congratulate those who made this day possible, millions of people are being exposed to glyphosate through the food they eat, working as groundskeepers or farmworkers, or gardening at home,” Cook said.

Bayer-Monsanto must be held accountable beyond Wednesday’s settlement, he said, adding the federal Food and Drug Administration must immediately eliminate glyphosate use as a pre-harvest drying agent and the Environmental Protection Agency must ban all home uses.

Beyond Pesticides, a group that works for a world free of toxic pesticides, is calling for the urgent adoption of organic practices in the management of agriculture, landscapes, and buildings.

“The tragedy caused by glyphosate and dicamba represents the tip of the iceberg that is chemical-intensive agriculture,” the organization said in a blog article. It also said: