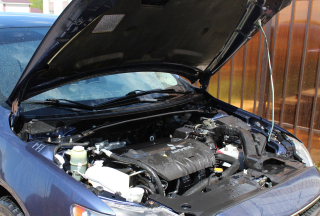 Problems with car sales and repairs and home improvement and construction once again topped the list of complaints reported to state and local consumer agencies across the country, according to an annual survey by the Consumer Federation of America.

“When the used car you just bought breaks down or your new roof leaks, who are you going to call? asked Susan Grant, director of consumer protection and privacy for CFA. “It’s your state or local consumer agency.”

Grant conducted the survey, which included participation by 31 agencies from 19 states this year. It asked about the most common, the fastest-growing, and the worst complaints agencies received in 2019.

These are the complaints most frequently cited as the top problems reported to state and local consumer agencies last year:

Agencies were also asked about new consumer problems, new laws enacted in their jurisdictions to protect consumers, and their greatest achievements in resolving complaints, improving their operations, and providing information to the public.

Since the survey focused on complaints and other activities in 2019, the report CFA released Monday doesn’t reflect the impact of covid-19.

The work of state and local consumer agencies hasn’t stopped during the pandemic, but it’s changed, Grant said. Agencies whose personnel are working remotely have had to set up call forwarding and secure connections to computer systems.

Others have a limited number of staff members in their offices on a rotating basis to answer the phones and perform other functions. In some cases, volunteers who help mediate complaints have been sidelined because they lack the necessary internet service or technological skills to work from home.

Walk-in assistance isn’t available at agencies that are closed to the public; services are provided by phone or online instead.

Educational presentations are being conducted virtually. The pandemic has also spurred complaints about price-gouging and COVID-related scams.

Many agencies implemented new technology or upgraded their data systems before the pandemic struck, she said. These changes have made complaint intake and case management easier.

In some cases consumers can provide all documentation and check the status of their complaints online. Many agencies have also improved the information on their websites and increased their use of social media for public outreach.

These complaint stories from the report show some of the problems that individuals ask their state or local consumer agencies for help with. Additional stories from agencies’ files appear in “Real-World Complaints” and “Biggest Achievements.” There are also tips for consumers throughout the report about how to protect themselves and resolve problems.

“Many complaints can be resolved through mediation, and some consumer agencies can also take formal legal action when that is warranted,” said Grant. “But when it comes to fraud, prevention is the key since the money and the culprits often disappear without a trace.”

In a new trend reported by one consumer agency, scammers are instructing victims to stay on the phone while they go to the bank to withdraw funds or to stores to buy gift cards in order to make payment.

“This enables the crooks to essentially hold the victims captive and tell them how to respond if a bank teller or cashier becomes suspicious and starts asking questions,” she said. “The public education that state and local consumer agencies provide is crucial for preventing fraud and abuse.”