Home About Newsletter Categories Donate
Baby boomers are figuring out, again, how to cope with change
Off-highway vehicle injuries increasing due to people changing recreation activities due to covid-19 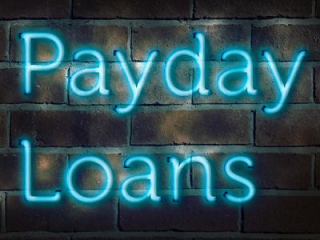 The U.S. Consumer Financial Protection Bureau announced a significant, partial repeal of a 2017 rule Tuesday that would have protected borrowers from falling into cycles of debt by limiting companies from lending money to those unable to repay payday or auto title loans.

However, Trump’s CFPB said it issued a final rule to maintain consumer access to credit and competition in the marketplace.

“Consumers utilizing small dollar loans continue to have robust consumer protections in place under the prohibition on unfair, deceptive, and abusive acts or practices in the Dodd-Frank Act, the payments provisions of the 2017 rule, and other provisions of federal and state law,” the CFPB said in a statement. “Consumers also have increasingly innovative choices among competing small dollar products in the marketplace.”

However, Public Citizen, a consumer public interest organization, disagrees. The CFPB itself found that without the 2017 rule’s protections, 80 percent of payday loans are taken out within two weeks of repayment of a previous payday loan, said Bartlett Naylor, financial policy advocate for Public Citizen.

“Who is Kathy Kraninger [director of the CFPB] really working for?” Bartlett said. “With an increasing number of Americans thrown into precarious financial straits by the COVID-19 pandemic, President Donald Trump’s CFPB is showing where its allegiances lie: with predatory lenders, not struggling consumers.”