Home About Newsletter Categories Donate
Most Americans think owners should be able to deny service to those who don’t social distance, and a majority say they’re taking precautions in public spaces, survey shows
Off-road and utility vehicles are being recalled by Polaris due to crash hazard 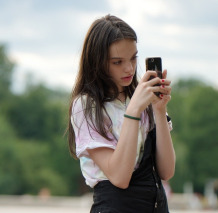 Consumer groups filed an appeal on behalf of low-income consumers with the Federal Communications Commission Friday of a ruling by the FCC’s Consumer and Governmental Affairs Bureau that federal protections against unwanted text messages don’t apply to peer-to-peer text messaging systems, systems where the text message is sent by a person.

The calling industry is already citing the ruling as a basis to exempt all text messages and autodialed voice calls from the federal prohibition against making these calls without the consumer’s consent.

“Such an interpretation would lead to an exponential growth in unsolicited calls and text messages from both telemarketers and political campaigns,” said Margot Saunders, senior counsel with the National Consumer Law Center. “Now more than ever, as consumers face mounting pressures from the ongoing COVID-19 pandemic and as we’re entering the peak election season, the FCC must protect consumers from unwanted and harassing text messages rather than bowing to political pressure to allow these unwanted texts without consent.”

Automated dialing systems made it possible for debt collectors, telemarketers, scammers, and others to generate more than 58 billion calls to U.S. consumers in 2019.

The ruling involves an interpretation of the federal consumer privacy law, the Telephone Consumer Protection Act, and its application to the peer-to-peer texting platform.

Those promoting peer-to-peer platforms invented them to evade the consent requirements of the TCPA for robocalls, and to allow political campaigns and telemarketers to send thousands of identical texts in a short period of time, without the consent of the recipients.

The consumers’ application for review states that the ruling conflicts with previous FCC orders, recent decisions in the Second and Ninth Circuits Courts of Appeal, and the TCPA itself, said Saunders.

“The Bureau’s ruling implicitly relies on facts regarding the P2P system’s level of automation that are not supported by the record and are contrary to readily available information,” she said. “This ruling repeatedly characterizes the definition of an autodialer in ways that conflict with each other, with the FCC’s rulings, and prevailing case law.”

NCLC was joined in the appeal by Consumer Action, the Consumer Federation of America, EPIC, the National Association of Consumer Advocates, and Public Knowledge.