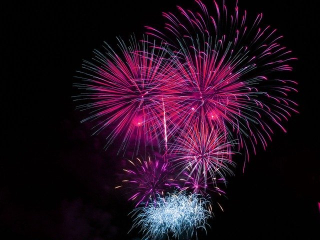 What are your July 4th plans?

This year, three-quarters of consumers plan to celebrate Independence Day, down from 86 percent in 2019, according to a survey conducted for the American Retail Federation. Much of the decline is because fewer consumers plan to go to traditional celebrations such as a fireworks show. Only 24 percent said they plan to celebrate the Fourth by attending a community celebration, compared with 41 percent last year.

Consumers plan to spend $76 on average, which about the same as previous years. And more than half of consumers expect to plan a cookout or BBQ.

July 4th sales are underway. It’s a good holiday for discounts and brings savings on many items, according to DealNews.com.

Whether you're shopping online only this year or venturing into stores, if they’re open in your state, you’re likely to find great 4th of July deals on clothing, electronics, and patio furniture.

What to buy in July

Seasonal clothing, Labor Day flights, if you feel safe getting on an airplane now, electronics, outdoor gear, and in-season produce are likely to be bargains in July.

What not to buy in July