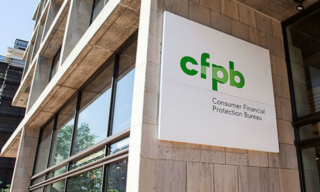 The U.S. Supreme Court ruled Monday that a law protecting the director of the U.S. Consumer Financial Protection Bureau from being fired for any reason by the president is unconstitutional. The court, however, rejected arguments that actions taken by the CFPB must be undone as a result.

Instead, the court “severed” the protection provision from other laws governing the agency and declared that it’s unenforceable. As a result, the president now has the power to fire the CFPB’s director whenever he or she wants.

“The Supreme Court today acted in disregard of decades of precedent establishing Congress’ power to protect agency officials from being fired without cause by the president,” said Scott Nelson, attorney for the Public Citizen Litigation Group. “The court has tilted the constitutional balance of power by substantially limiting Congress’s authority to determine when and how to ensure that agency officials are free from undue political pressures.”

At a time when the president places his own interests above those of the public, officials who seek to carry out their duties with independence and integrity already have targets on their backs, Nelson said, adding the Supreme Court’s decision enables the president’s reckless assaults on the integrity of public servants.