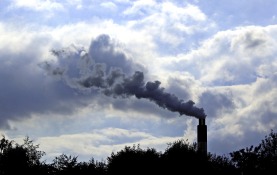 The Trump administration finalized its proposal Wednesday to gut more than 40 years of environmental law.

The White House Council on Environmental Quality released the final text of a sweeping rule which will gut core parts of the National Environmental Policy Act or NEPA, a safeguard for communities’ clean air, clean water, and health, as well as endangered species and wild lands. Environmental and conservation groups have announced their intention to respond to the rollback with legal action.

CEQ’s proposal is the culmination of a relentless, multiyear assault on NEPA’s protections for workers, local communities, and the natural environment, said Kristen Boyles, an attorney with Earthjustice.

"It would open the door for the government to exempt pipelines, large-scale logging operations, waste incinerators, smog-spewing highways, and countless other federal actions from environmental review or sharply limit local communities’ ability to participate in the environmental decision-making process," said Boyles.

Gutting NEPA silences voices and puts vulnerable communities, health, and the environment — including the nation's air and water — at risk, she said.

"We’re not going to sit back and allow a decision that could harm public health during a public health crisis go unscathed," Boyles said. "We’ll be seeing them in court.”

Susan Jane Brown at the Western Environmental Law Center said environmental groups have consistently defeated the Trump administration’s relentless, vicious dismantling of safeguards for people and the environment and they would do it again with this final rule.

“A thriving economy is not at odds with worker protections and a healthy environment — it depends on both,” Brown said, adding the administration’s disregard for NEPA flies in the face of decades of bipartisan consensus on the law.

Passed almost unanimously by Congress and signed into law by President Nixon in 1970, NEPA was the product of years of activism from people who wanted a greater say in decisions affecting their homes, health, and environment.