Home About Newsletter Categories Donate
Pandemic still changing everything, but people are trying a few things
CFMK surface mount brackets for CPANL LEDs are being recalled by Lithonia Lighting due to impact hazard 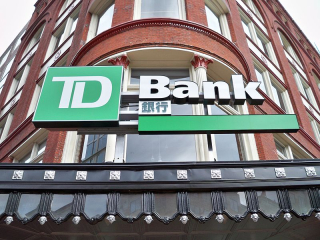 TD Bank agreed to a settlement with the Consumer Financial Protection Bureau over the sale of its optional overdraft service, Debit Card Advance or DCA. TD Bank operates about 1,250 locations, primarily across the East Coast.

The consent order requires TD Bank to provide $97 million in restitution to about 1.42 million consumers and to pay a penalty of $25 million, the bank and CFPB announced Thursday.

The CFPB found that TD Bank charged consumers overdraft fees for ATM and one-time debit card transactions without obtaining their consent. It also found that when presenting DCA to new customers, TD Bank deceptively claimed DCA was a “free” service or that it was a “feature” that “comes with” new consumer-checking accounts.

However, TD Bank charges customers $35 for each overdraft transaction paid through DCA, and DCA is an optional service that doesn’t come with a consumer-checking account.

In addition to paying restitution and the fine, the consent order requires TD Bank to correct its DCA enrollment practices and stop using pre-marked overdraft notices.