Home About Newsletter Categories Donate
Donating to wildfire relief? Watch out for scammers
CO2 canisters are being recalled by Soda Sense due to injury hazard 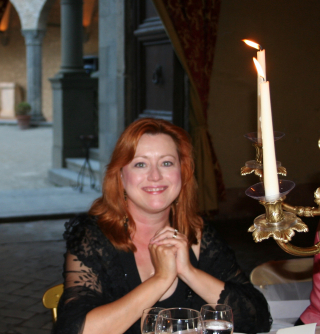 It’s hard to know what to say on the 19th anniversary of the 9/11. The terrorist attacks changed the world.

This year, we’re having the coronavirus pandemic. I’ve been staying home mostly since March. I haven't been able to travel to see my daughters in Sacramento and Madrid.

Now, we’re having record-breaking wildfires on the West Coast. Although I’m not in a fire danger area in my home near Seattle, the smoke in the air is heavy. I’ll be staying inside for at least the next several days.

I can’t even go out into my yard and walk around my house for exercise like I’ve been doing since March. I can’t scrape up the mole hill dirt or pull a few weeds.

Then, today would have been my niece’s 60th birthday. She died Feb. 17. I miss her so much. She never liked it that 9/11 happened on her birthday.

What can I think of positively today?

Former British Ambassador to the U.S. Kim Darroch was interviewed on National Public Radio today. Darroch resigned in 2019 when confidential cables were leaked in which he described Donald Trump's White House as "inept" and "deeply dysfunctional" – and added that the president "radiated insecurity." An international scandal ensued.

When asked at the end of the interview what he sees for America in the future, Darroch, author of the book “Collateral Damage: Britain, America, and Europe in the Age of Trump,” said the United States has done great things in the past, and he thinks America will be able to recover from Trump do great things again.

I think I’ll stick with that thought, enjoy two servings of my new Berry Cobbler recipe, and remember my niece by looking at photos of her throughout her life. I’ll light a candle for her after the smoke alert is over.