Home About Newsletter Categories Donate
Real solutions needed to high drug prices, not $200 Trump cards
Mini-cultivator attachment is being recalled by STIHL due to laceration hazard 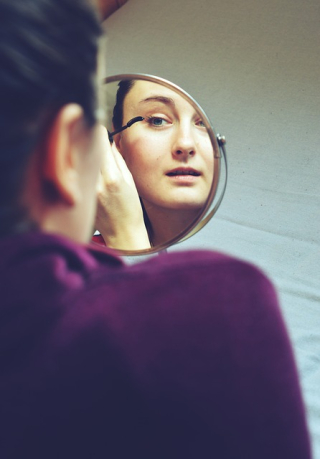 The banned chemicals are linked to harmful impacts on health, such as cancer, birth defects, damage to the reproductive system, organ system toxicity, and endocrine disruption.

“California is the first in the nation to ban 24 ingredients from the personal care products people use every day,” said Susan Little, senior advocate for California government affairs for the Environmental Working Group, an environmental advocacy group.

California consumers will join 40 nations who protect consumers from these harmful cosmetics.

Nudelman said Congress has been asleep at the wheel for 82 years when it comes to cosmetic safety.

“Given that the majority of the chemicals banned by the bill are linked to breast cancer, this historic bill also takes us one step closer to preventing this devastating disease by removing a major source of women’s ongoing exposure to some of the most toxic substances on the planet,” she said.

The U.S. cosmetics industry is underregulated. For more than 80 years, Congress has neglected to increase the scope of the Food and Drug Administration’s authority over cosmetics, limiting the agency’s ability to ensure the safety of cosmetic products.

Ingredients that research has shown to be unsafe are legally permitted in the cosmetics sold to consumers in the U.S.

In addition to mercury and formaldehyde, the banned chemicals include the toxic fluorinated chemicals known as PFAS, as well as endocrine-disrupting phthalates and long-chain parabens, preservatives used in skincare products.

“Every day, Californians use soaps, shampoos, makeup and other personal care products without realizing that those products could contain chemicals that present serious health risks," said Emily Rusch, executive director of CALPIRG, a public interest group.

Rusch said by banning some of the most toxic ingredients found in modern personal care products, the act will finally start to give consumers the protections they deserve.

“This marks a momentous milestone in the history of cosmetics regulation,” said Ken Cook, president for EWG.

Cook said, for the first time, groups such as EWG and the industry’s trade association, the Personal Care Products Council, came together to pass legislation to modernize the rules governing these everyday products.

If a manufacturer is required to satisfy California standards, it will likely adhere to the same high standard with the products it sends to the rest of the country, he said.

Always in the forefront. I am happy to be a Californian.

That's so good to know. I love that I live in California and this is just another reason why.