Home About Newsletter Categories Donate
Texas has highest uninsured rate for health insurance in nation, while Massachusetts has lowest
Watch out for scams during Breast Cancer Awareness Month 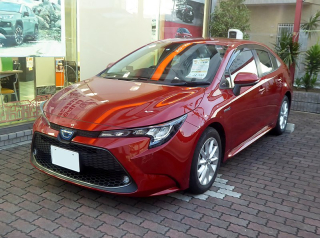 Parents shopping for a safe and reliable 2020 model for their teenage drivers can consult a new list of recommended vehicles compiled by Consumer Reports and the Insurance Institute for Highway Safety.

“While buying a new car for a young driver is less common than buying used, new vehicles offer the latest in both crash avoidance and crash protection technologies,” said Jennifer Stockburger, director of operations at Consumer Reports’ Auto Test Center.

Stockburger asks if you’re putting out the additional money to buy new, why not make it the safest option you can find?

All of them are winners of the IIHS Top Safety Pick or Top Safety Pick+ award. This means they have good ratings in all six of the institute’s crashworthiness tests, advanced or superior ratings for front crash prevention, and acceptable- or good-rated headlights.

Only vehicles that come with vehicle-to-vehicle automated emergency braking as standard equipment are included in the recommendations. In cases in which acceptable or good headlights aren’t standard, the list specifies the qualifying trim levels and options.

The list has no sports cars or other vehicles with excessive horsepower because these vehicles can tempt teens to test the limits. In addition, there are no minicars or vehicles under 2,750 pounds.

The biggest, heaviest vehicles, including those in the large SUV class, have also been left off the list because they can be hard to handle and often have increased braking distances.

The list also excludes vehicles that had substantially higher than average insurance claim rates under medical payment or personal injury protection coverage in recent model years and haven’t been redesigned.

Both coverage types pay for injuries to occupants of the insured vehicle. The Highway Loss Data Institute, an IIHS affiliate, collects and publishes insurance loss data by make and model every year.

Consumer Reports puts every car it purchases through more than 50 tests and evaluations and supplements that information with reliability and owner satisfaction data from its surveyed members. From these insights, Consumer Reports produces recommendations for the best cars for teens, with an emphasis on performance, safety, and reliability.

Prices, rounded to the nearest $100, reflect Kelley Blue Book new car fair purchase prices for the least expensive trim level that qualifies for the recommendation. If a particular option package is needed, the manufacturer’s suggested retail price for that package has been added to the price.