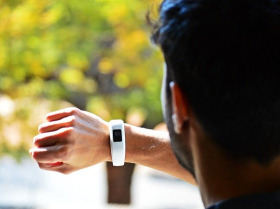 The Consumer Federation of America, along with more than a dozen international consumer and citizen groups, are urging regulators to closely examine competition and privacy concerns raised by Google’s proposed takeover of wearables company Fitbit.

The groups released a joint statement raising three key issues that regulators must prioritize during their ongoing merger review:

“A Google takeover of Fitbit would give Google a significant foothold in both the wearables and digital health markets overnight, potentially with long-term privacy implications in these sensitive markets,” said Amina Abdu, an antitrust advocate at CFA.

Abdu said on top of that, Google would extend its ability to exploit its already massive market power in digital advertising.

Consumer groups have expressed concerns about this takeover earlier.

In July, CFA and a coalition of 20 consumer groups called on regulators to examine the deal, and in April CFA and Public Knowledge wrote a letter to the Department of Justice about the merger’s potential harms.

Recent reports, however, suggest that regulators are seeking commitments from Google to allow them to clear this deal. The latest statement focuses on the safeguards that need to be in place to protect consumers if the merger is allowed to go through:

“It is not enough to just accept Google’s word on these commitments, which have serious implications in multiple markets from wearables, to health, to digital advertising,” she said.

Abdu said Google has backed out of its promises in the past.

“After claiming they would not combine Google’s personally identifiable information with DoubleClick’s advertising data, they changed their policies with little regard for consumer privacy,” she said.

Abdu said whatever decision regulators make, they should take a look at the implications, both now and in the future.

“If a remedy remains in place only as long as it is convenient for Google, it is not really a remedy at all,” she said.