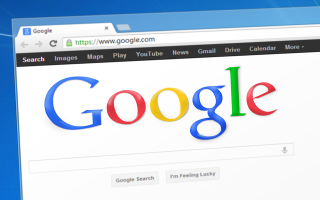 The U.S. Department of Justice, along with 11 states, filed a lawsuit Tuesday against Google for unlawfully maintaining a monopoly in search services and search advertising in violation of the U.S. antitrust laws.

“This is a monumental case for the Department of Justice and, more importantly, for the American consumer,” said Attorney General William Barr.

For years, there have been concerns about business practices leading to massive concentrations of economic power in the digital economy.

DOJ opened a review of online market-leading platforms in July 2019. One part of this review is the Antitrust Division’s investigation of Google.

Barr said over the last 16 months, the Antitrust Division collected evidence that Google no longer competes only on its merits but instead uses its monopoly power – and billions in monopoly profits – to lock up key pathways to search on mobile phones, browsers, and next generation devices.

“The end result is that no one can feasibly challenge Google’s dominance in search and search advertising,” he said. The lack of competition harms users, advertisers, and small businesses due to fewer choices, reduced quality, higher advertising prices, and less innovation.

The antitrust investigation of Google is based on traditional antitrust principles and is aimed at promoting consumer welfare through robust competition, Barr said.

Alex Harman, competition policy advocate for Public Citizen, said the lawsuit is nothing more than a thinly veiled political stunt.

“The Trump DOJ’s narrow focus and alienation of the bipartisan state attorneys general is evidence of an unserious approach driven by politics and is likely to result in nothing more than a choreographed slap on the wrist for Google,” Harman said.

He said the lawsuit will be a missed opportunity to bring about a structural reckoning with one of the most powerful and wealthy companies in the world so that Trump and Barr can score political points.

“It is now up to the state attorneys general to hold this out-of-control company accountable for the abuse and anti-competitive conduct it has been engaging in for many years,” Harman said.

Over the last year, both the U.S. DOJ and state attorneys general have conducted separate but parallel investigations into Google’s anticompetitive market behavior. We appreciate the strong bipartisan cooperation among the states and the good working relationship with the DOJ on these serious issues.

This is a historic time for both federal and state antitrust authorities, as we work to protect competition and innovation in our technology markets. We plan to conclude parts of our investigation of Google in the coming weeks.

If we decide to file a complaint, we would file a motion to consolidate our case with the DOJ’s. We would then litigate the consolidated case cooperatively, much as we did in the Microsoft case.

Last September, James announced that she and a bipartisan coalition – that included almost every attorney general in the nation – had initiated a bipartisan investigation into Google for potentially anticompetitive conduct.

The investigation continues to focus on Google’s dominance in search and related industries, as well as the potential harm caused to consumers and the economy from any anticompetitive conduct.

Twenty-five years ago, the DOJ sued Microsoft, paving the way for a new wave of innovative tech companies – including Google. The increased competition following the Microsoft case enabled Google to grow from a small start-up to a giant internet company.