It's Election Day: Best wishes to us all 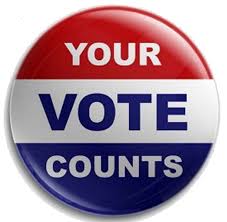 Be sure and cast your vote. It's a very important election for our country.

Hopefully, Joe Biden will be elected president. Then, the nation can begin to repair the damage President Donald Trump and his administration have done to government institutions and the political processes in this country.

I've written dozens of articles about this destruction: gutting consumer protection and environmental laws; choosing agency leaders who want to destroy the agencies rather than make them work effectively; appointing political partisans to judge positions, including the U.S. Supreme Court; trying to repeal the Affordable Care Act, which has and is providing important health coverage to consumers; and much more. The list goes on and on.

In addition, it will be nice to have a president who isn't a racist and bully. It's unbelievable the things Trump has said and that he still has followers who will vote for him. I hope that soon I won't have to listen to Trump every day saying derogatory things and his harmful and childish name-calling.

Oh, and then there's the pandemic. Hopefully, we can get a better national policy that includes items such as adequate testing and enough PPE for health care workers.

So, we'll see what happens.

As I said, best wishes to us all.