What to buy and not to buy on Black Friday 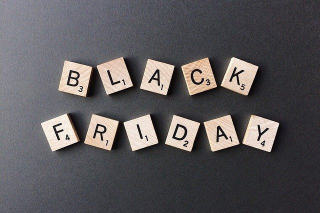 To help you make the best choices for your Black Friday shopping, you need to know what to buy and what not to buy. Even on the biggest sales holiday of the year, not every deal is a good deal.

Here are some suggestions from DealNews.com:

TVs. Black Friday is one of the best times of the year — if not the best time — to buy a new TV. Compare prices on the size you need offered by the top brands.

Phones. Black Friday is the best time to shop for unlocked phones, a device that can be used on any carrier that supports that phone, from Apple, Samsung, Google, and others.

Smart home. Smart gadgets will see discounts this Black Friday. Bundles to be popular, which make starting up a smart home easier, as you can get everything you need in one purchase.

Laptops. The bulk of the offers will likely be Chromebook deals and Windows laptop deals, but there's a chance you could see a handful of MacBook deals.

Electronics. Electronics may be one of the best categories for savings during Black Friday sales. Look for deals on streaming media players, smartwatches, fitness trackers, speakers, and headphones.

What not to buy

Video game consoles. The latest generation of the Xbox and PlayStation have just been released so deals on these new consoles aren’t expected.

Jewelry. Jewelry is a product that rarely sees top-notch sales.

Holiday decorations. The best time to buy any seasonal item is usually after — or at least toward the end of — the season.

Fitness equipment. You'll find fitness deals in November, but expect to see about three times as many sales on exercise equipment in January, when retailers try to cash in on New Year's resolutions.

Off-brand and Black Friday models. Sometimes, items may be produced just for Black Friday sales, and the quality — and whether you’re actually getting a discount — are both questionable.

Travel. Hold off on booking anything unless it’s long term due to the pandemic. For example, if you can book a trip for late next year, that might work. Anything before then, though, and you run the risk having a lot of trouble canceling. If you must book travel, be sure to carefully check the refund policy.

Toys. They’re a maybe. December usually has better deals. However, for the season's hottest toys, you'll want to get them as soon as possible.