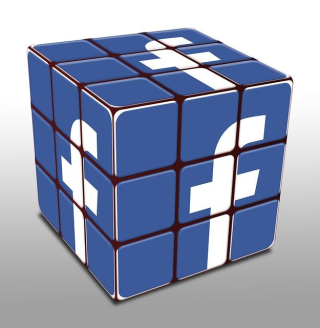 Forty-six states, the District of Columbia, and Guam filed a lawsuit against Facebook for allegedly violating federal antitrust laws by purchasing emerging competitors to maintain a monopoly.

Facebook’s acquisition of Instagram in 2012 and WhatsApp in 2014 left users with fewer options for social networking services, reduced the quality and variety of privacy safeguards, and increased user-facing advertisements, the plaintiffs allege.

The lawsuit, coordinated with a similar lawsuit filed the Federal Trade Commission, asks for an injunction to stop Facebook from engaging in further anticompetitive conduct and to give states advance notice of mergers and acquisitions by the company.

Rather than outcompete or outperform, Facebook simply bought the competition, he said.

Emails and testimony from Facebook executives said that the company purchased Instagram and WhatsApp to keep their users from going to those competing platforms. Aided by data obtained through another acquisition, Facebook monitored the projected growth of many applications and purchased those it believed posed competitive threats.

Without competition, Facebook’s market dominance gives it wide latitude to set the terms for how user data is collected, used, and protected, according to the lawsuit. For example, for WhatsApp, the lawsuit said that Facebook degraded consumer choice by weakening the platform’s privacy protections.

If Facebook hadn’t bought companies, competitors could have developed social network alternatives that would have improved the user experience or acted as a check on Facebook’s less popular actions in that market, according to the lawsuit.

Among the states participating in the lawsuit, in addition to California, are New York, Colorado, Florida, Iowa, Nebraska, North Carolina, Ohio, Tennessee, and Washington

In its lawsuit, also filed Tuesday, the Federal Trade Commission alleges that Facebook is illegally maintaining its social network monopoly through a years of anticompetitive conduct.

The FTC is seeking an injunction in federal court that could require the sale of Instagram and WhatsApp and prohibit Facebook from imposing anticompetitive conditions on software developers.

“Personal social networking is central to the lives of millions of Americans,” said Ian Conner, director of the FTC’s Bureau of Competition. “Facebook’s actions to entrench and maintain its monopoly deny consumers the benefits of competition.”

Conner said the FTC’s aim is to roll back Facebook’s anticompetitive conduct and restore competition so that innovation and free competition can thrive.

The FTC and the attorneys general filing the separate lawsuit cooperated in an investigation of Facebook.