Bloggers write about all the surprises of the New Year 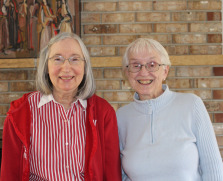 We all had hopes for 2020 being a better year. With a new president and vaccines to knock down the pandemic, things were looking positive.

On Friday, I learned a good friend of mine, Barbara Gooding, passed away. We were friends for decades. We met in the League of Women Voters. In addition to registering voters, we worked on land use and environmental issues, including saving the Nisqually Delta.

Barbara also was a leader in the effort in Washington state to pass the Equal Rights Amendment in 1973.

After working on issues, we saw that having quality elected officials also was important. We began supporting political candidates and running for office ourselves. In 1974, our league friend Marj Yung was the first woman to be elected Thurston County Commissioner.

I ran for Olympia City Commissioner in 1977. Barbara and Marie Cameron, our good friend, were great supporters. My campaign wasn’t successful, but I learned so much, including how difficult it is to run for public office.

I’m remembering my friend Barbara by going through my photo libraries and making a file of my best photos of her and our friends. It’s helpful after her loss to remember all the great times we had.

Carol Cassara of a Healing Spirit writes about these articles in the Best of Boomer Blogs 683. Click here to get the links to the articles. And, be sure to leave a comment. Bloggers love to hear from readers.