Home About Newsletter Categories Donate
Chest, dressers, and cabinets are being recalled by Noble House Home Furnishings due to tip-over and entrapment hazards
Bloggers write about all the surprises of the New Year 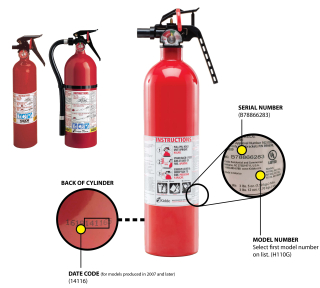 Walter Kidde Portable Equipment will pay $12 million to settle charges that the company failed to inform the U.S. Consumer Product Safety Commission in a timely manner about problems with fire extinguishers made by the company.

Some of the recalled fire extinguishers were part of an earlier recall in February 2015.

Kidde violated the Consumer Product Safety Act by significantly underreporting prior to the first recall the scope and nature of the defect and risk and the number of products and models affected, according to a lawsuit filed by the U.S. Department of Justice.

The lawsuit alleges that Kidde also failed to immediately report to the CPSC information about nozzles detaching from fire extinguishers.

Kidde made misrepresentations to the CPSC and misused a registered safety certification mark, according to the lawsuit.

The court’s order requires Kidde to maintain a compliance program and internal procedures designed to ensure timely, complete, and accurate reporting to the CPSC.