Home About Newsletter Categories Donate
How much should we tell the children about the estate plan?
Boeing agrees to pay $2.5 billion to settle fraud charges related to 737 Max crashes

My tip for cutting your own hair: Quit while you’re ahead

Since the pandemic began, I’ve cut my own hair twice. The first result was good; the second time, not so much.

I don’t go out much. I order my groceries for pickup and don’t travel. No trips to Madrid or Sacramento where my daughters live this year.

The first time I cut my hair, the YouTube videos I looked at showed dividing the hair and pulling it straight up. It took more than an hour to do the cut.

I couldn’t find the videos this time for that method. 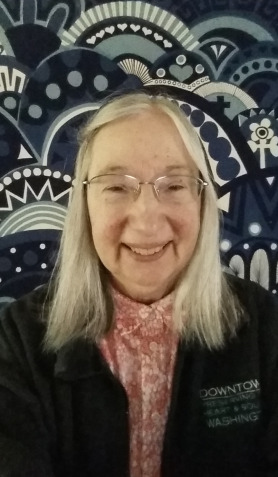 Here’s my before photo for my first cut. 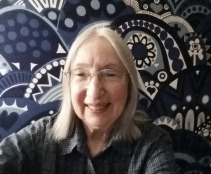 Here’s my after photo for my first cut.

On the left side, I had one short piece. When I saw it, I quit. That’s my advice when cutting your own hair. I wish I had taken it the second time I cut my hair.

I decided I needed to cut my hair again this week because, although I haven’t gone to any doctor’s appointments during the pandemic, I decided it was time to go to the dentist. My appointment was Monday.

For most of 2020, I’ve debated on when to go to the dermatologist to get my annual skin check. I had an appointment in March. I canceled it.

I called during the summer. The receptionist said they’d turned every other chair around in the small reception room. I didn’t thing that was good enough for social distancing. I rescheduled my appointment for January.

So, it turned out I had a dentist appointment Monday and a skin check on Tuesday.

I decided going with long, long hair wouldn’t be a good idea during a pandemic when you wanted to get through your appointments as quickly as possible and as hygienically as possible.

When I looked for the YouTube videos that showed you pulling your hair straight up and cutting that I used for the first cut, I couldn’t find them.

What I found were videos showing pulling your long hair forward, holding the hair, then cutting it below your fingers either straight or diagonally. This video is an example:

So, I used this method. It worked pretty well. However, the back seemed really thick. That’s what I wanted to get rid of for my appointments. So much thick hair.

So, I watched other videos. They showed pulling the hair forward over the top of the head, then cutting the back.

I tried that. However, a problem occurred. I accidentally cut the sides shorter, too. A big mistake. 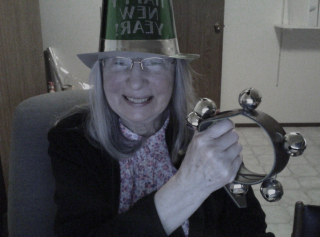 This is the before photo for my second haircut. 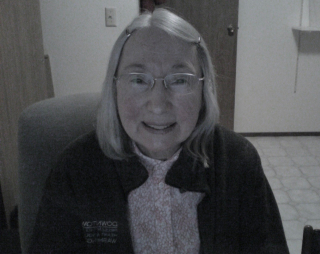 This is the after photo for my second haircut.

I wrote an email to my daughters. My daughter-in-law laughed when she saw it. I said it looked like I was trying for layers and I made a mistake.

Oh, well. Life is an experience. It will grow out in six months. I’m not going anywhere, and it won’t be too noticeable on Zoom.

Ha ha ... funny post. I, too, have avoided doctors, skipped this year's annual physical, skin check. etc. Honestly, it makes me nervous, so I'm hoping to schedule in the spring. I did go to the dentist -- it went okay. I have also cut my own hair -- it was a disaster!

Love your comment. You're exactly like me. Reluctant to go out and cutting my own hair. Getting up courage to go to the dentist.

It was nerve racking to be so close to people. A thing that surprised was the staff at the doctor and dentist's office -- they would stand together in groups of two or three with their masks on. You'd think they would try to social distance if they could.

Dear Rita, back in the 90s, became so fed up with long-on-maintenance $hort hair...curling irons and such other time-pits, left it grow. Hair's been long ever since...love it ;)

I didn't dare even try! I don't think you did a half bad job! Ok, the photo is dark. Or maybe I just can't see!

Rita, I think you did a great job! My hair is layered and curly and I'd be afraid to attempt it. You have lovely, well-behaved tresses so it looks lovely.

I've been cutting my own hair too. I put it in a ponytail and then whack it off. It works pretty well. It may be easier in the video you posted taking it from both sides. I haven't dyed my hair since February and I'm not sure I like it but I would destroy the bathroom if I tried. I also haven't been to the dentist since Sept 2019 but switched plans so now I have to find a new one. In the meantime, I have flossed every day and use in-betweeners. I'm going to need an eye appointment soon because I'm running out of contacts. In the meantime, I've been to the vet more times than I would like. Those darn dogs.

I can't laugh. While I didn't try to cut my hair, I decided I would color my hair instead of staying gray. Big mistake, I didn't like it at all. So I hid it by using the pink temporary coloring until my hair grew out long enough. That's when I went to a salon (It's Florida, everything is open) and had them cut it off like Mia Farrow's hair in Rosemary's Baby.

One thing I am not doing is cut my own hair. But I am letting it grow, and love it. Went to my hair stylist twice since last March. Can an old lady have long hair????

Yes, the photo is a bit dark, and that, plus curling it with a curling iron like I usually do makes it look not too bad if I'm not moving around too much.

Rebecca, next time I'll try your ponytail idea. For my second cut, I inadvertently made bangs. I clip them back with two clips. I figure it will take two years to grow out.