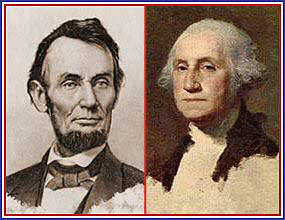 Presidents Day celebrates the birthdays of George Washington and Abraham Lincoln. Washington’s birthday was Feb. 22 and Lincoln’s was on Feb. 12.

The holiday was originally created in 1885 to honor America's first president, George Washington, who had a birthday in mid-February. It wasn’ t until the 1960s when some states wanted to include the 16th president, Abraham Lincoln, in the holiday since his birthday was in mid-February, too.

Presidents Day is a good time to look at this country and it’s government.

My philosophy is that citizens should participate in government to help it work as effectively as possible. There are many ways to do this: give comments on proposals governments are considering, serve on boards and commissions, volunteer at a local recreation center, and run for public office.

People who tear down government, in my opinion, are on the wrong track.

Do what you can in your community. See to it that government services – roads, bridges, schools, and services for those in need – are the best they can be.

Who knows? You may even enjoy making a difference.