Big Tech jumps to No. 1 in lobbying, campaign contributions 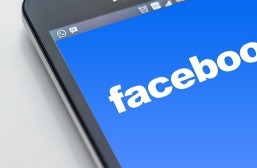 Facebook and Amazon are now the two biggest corporate lobbying spenders in the country, according to a report released Wednesday by Public Citizen.

Big Tech has bypassed Big Oil and Big Tobacco, two historically big federal lobbying spenders, with Amazon and Facebook having spent nearly twice as much as Exxon and Philip Morris on lobbying in 2020, data from the Center for Responsive Politics shows.

“We need to rein in Big Tech’s influence in Washington now, so that lawmakers and regulators can break them up, enact comprehensive privacy legislation, and hold these companies accountable for harming our economy and our democracy,” said Jane Chung, Big Tech accountability advocate for Public Citizen and author of the report.

The Federal Trade Commission, the Justice Department, and state attorneys general are signaling that justice is finally on its way, Chung said.

“But with Big Tech political expenditures at historic levels, it’s more important than ever for lawmakers to show their independence and bring these companies to heel,” she said.

The Big Four have learned to use their concentrated wealth to entrench their economic power through political engagement, said Lisa Gilbert, executive vice president for Public Citizen. “That is simply unacceptable.”

Other key findings from the report: