Home About Newsletter Categories Donate
Watch out for scammers who contact you about signing up to get funeral expenses from FEMA
Stop using Maxtrade’s Coolster youth ATVs due to crash hazard and failure to meet safety standard, CPSC and company advise 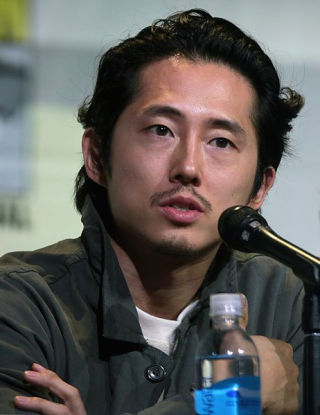 For years, I’ve been analyzing Academy Award nominated movies because I think movies are too often violent, ageist, and sexist. I usually watch about 30 movies, going to movie theaters, watching On Demand movies, and renting from Red Box.

During the pandemic, I’m not going to theaters. So, I’ve been figuring out how to watch movies this year. It’s been a challenging and expensive endeavor.

After watching as movies as I could for $5 on Comcast, I signed up for Netflix. I chose the $6 monthly plan. It was easy. I was able to watch several movies.

Hulu was a different story. It took me three hours to figure out how to get signed up through Comcast. The sign up page wanted my email, name, and a password. The remote only had numbers, so I couldn’t figure how to enter the information.

After an hour and working with a second Comcast representative, I figured out that instead trying to enter numbers you had to hit enter to get the keyboard to come up, then you could enter the information using the remote.

Here are my choices to win the Academy Awards:

“Minari.” I also liked “The Trial of the Chicago 7,” “Mank,” and “Nomadland.” I chose “Minari” because in addition to being a compelling story, it’s cleverly written.

David Fincher for “Mank.” The complicated movie about the writing of “Citizen Kane” is well done.

Riz Ahmed in “Sound of Metal.” Ahmed gives an outstanding performance as a drummer who deals with hearing loss.

Andra Day for “The United States vs. Billie Holiday” and Frances McDormand for “Nomadland.” Day gives an outstanding performance to tell Billie Holiday’s story. McDormand portrays a senior living in her van doing odd jobs as she travels throughout the country, reluctant to make permanent connections.

Maria Bakalova for “Borat Subsequent Moviefilm.” Bakalova gives a strong performance in this surprise of a movie.

Sacha Barton Cohen for “Trial of the Chicago 7.” “Trial” is an excellent movie.

“My Octopus Teacher” and “Time.” Both well done, unique,  and inspiring. I also liked “Crip Camp” and “Collective.”

“Collette.” Excellent short film about a member of the French resistance of World War II visiting the concentration camp where her brother died. I didn’t see the others.

None. I didn’t like “Another Round,” about excessive drinking at a Swedish school. I tried to watch “Better Days,” a Hong Kong murder mystery, but it didn’t have English subtitles.

“Soul.” A well-done movie with a message. I didn’t see “Over the Moon” or “Wolfwalkers.”

“If Anything Happens, I Love You.” I didn’t see the others.

I didn’t see any of these.

“Hear My Voice.” Daniel Pemberton and Celeste Waite – “The Trial of the Chicago 7.”

“News of the World.” Lots of beautiful scenery of the rural West, expertly filmed.

“Mank.” Great costuming for the period that looked good in black and white. I didn’t watch “Emma.” I didn’t want to pay $14.95 after paying $60 to watch three movies nominated for best picture.

“Sound of Metal.” Making the sound like what Ruben hears as he is experiences hearing loss helps the viewer know what he’s experiencing.

“Mank.” A great job on the recreating the styles of the era. I didn’t see “Emma.”

“Love and Monsters.” Well, if you’re going to have monsters that drive the people of earth underground, they need to be pretty good.

“Borat Subsequent Moviefilm” and “One Night in Miami.” What can you say about “Borat 2?” Whacky, crazy with a cameo appearance from Rudy Giuliani. It’s amazing that people sign releases before being filmed. An influencer who was filmed said she didn’t read the fine print. For “One Night in Miami,” I thought it was well written and to imagine conversations among these four famous men produced a great movie.

For years I’ve complained about how violent, repetitive, sexist, ageist, and shallow movies are. I’ve said they should be stories about things that happen in people’s lives. Hollywood has so many coming of age stories about young men that it's a tiring theme.

There were a lot of movies like I’ve been asking for released in 2020: “The Father,” “Minari,” “Nomadland,” “Promising Young Woman,” and “Sound of Metal,” all nominated for best picture.

Also tremendously moving and emotional are “Pieces of a Woman,” “The Trial of the Chicago 7,” “Judas and the Black Messiah,” “One Night in Miami,” “News of the World,” and “The United States vs. Billie Holiday.”

Update: The big studios are holding their blockbuster movies until more people are allowed in theaters, an article in The Washington Post said. Maybe that’s why there were so many great movies this year: smaller productions are able to produce more quality work.

I didn't see most of the movies nominated for awards. Did see Mank and enjoyed it, as well as Borat Subsequent Moviefilm. I am usually late to the movie scene, not paying for the latest either in theaters or on TV.

I only watch all the movies so I can write about them. It was worth it because there were some better movies this year that I could report on. However, I did read in a Washington post article that the big studios are holding back their blockbuster movies until more theater capacity is allowed, so maybe the number of violent, lackluster plot movies will increase.

I feel so empty this year. Empty of movies
For years my husband and I used to go on a once a week day date to the movies. Crazy that we haven't been in a theater in over a year now. Still waiting before we do that.

I miss going to the movies, too. Usually for my movie marathon, I go to movies, rent from Red Box, and watch some from Comcast. This year, I didn't go to a theater and had to watch movies on Amazon Prime, which I joined for that purpose, and I also joined Netflix and Hulu.

I have to confess, I didn't know any of the pictures or even some of the actors up this year. Hollywood has turned me off in the past with their violence and sexism. Once in a while a good one sneaks in. I want to see Nomadland and a few of the other Oscar contenders.

I agree Hollywood has had too much violence and sexism; also ageism. "Nomanland" is good, but I was surprised it won best picture. It was about senior citizens.

I was lucky that my roommate is a TV junkie and has almost every streaming channel there is plus a couple I had. Then, I also got screeners from SAG-AFTRA so I saw all the nominated movies, except for some of the docs that I didn't get around to. Most are on streaming, though.

You're lucky to have seen all of the nominated movies, except the documentaries. I signed up for Netflix and Hulu through Comcast. Hulu was free for a month. I was going to cancel them, but I'm still mulling it over.