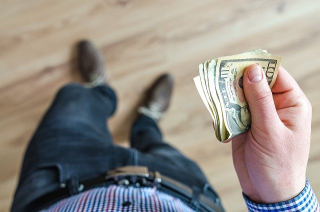 The Consumer Financial Protection Bureau took action Tuesday against an online debt-settlement company for taking advantage of consumers, failing to disclose its relationship to creditors, and steering consumers into high-cost loans offered by affiliated lenders.

The CFPB filed a lawsuit in federal district court alleging that SettleIt Inc. engaged in abusive acts or practices in violation of federal law.

The CFPB and SettleIt filed a proposed order that, if accepted by the court, would require SettleIt to return about $646,000 in fees to consumers, pay a $750,000 fine, and stop settling debts for creditors it shares an ownership interest with.

SettleIt describes itself as an independent debt-settlement company that helps consumers negotiate with creditors such as CashCall and LoanMe.

However, SettleIt is affiliated with CashCall and LoanMe – the same individual owns SettleIt and CashCall, and LoanMe is tied to SettleIt through loans and agreements.

SettleIt also hid from its relationships with CashCall and LoanMe from consumers, and it included language in call scripts saying “we are not owned or operated by any of your creditors.”

An old saying from my youth comes to mind: "no shit, Sherlock." Who in the world would fall for those credit scams?!? Just awful.

Millions of people fall for this and other scams. That's why I keep writing about them. There's so little consumer education in schools. I write about lawsuits and settlements on these cases so people will say, "Oh, yeah. I see that debt relief companies can use bad practices."