Don’t use Peloton Tread+ if you have kids or pets, CPSC warns 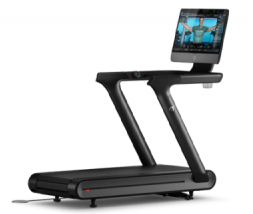 The U.S. Consumer Product Safety Commission is warning consumers about the danger of the Peloton Tread+ exercise machine after incidents of small children and a pet being injured beneath the machines.

The CPSC has found that the public health and safety requires this notice to warn the public quickly about the hazard.

The urgent warning comes less than a month after Peloton released news of a child’s death by a Peloton Tread+ and CPSC’s announcement of an investigation into it.

The agency is continuing to investigate all known incidents of injury or death related to the Peloton Tread+.

CPSC is aware of 39 incidents including one death. CPSC staff thinks the Peloton Tread+ poses serious risks to children for abrasions, fractures, and death due to reports of children becoming entrapped, pinned, and pulled under the rear roller of the exercise machine.

CPSC urges consumers with children at home to stop using the product immediately.

The video demonstrates the hazard to children posed by the Tread+. [Warning, the video content may be disturbing to some viewers.]

It’s believed that at least one incident occurred while a parent was running on the treadmill, suggesting that the hazard can’t be avoided by locking the device when it’s not in use. Reports of a pet and objects being sucked beneath the Tread+ also suggest possible harm to the user if the user loses balance as a result.

What should consumers do now?

Tread+ treadmills are sold directly to consumers via retail showrooms, and online at www.onepeloton.com.